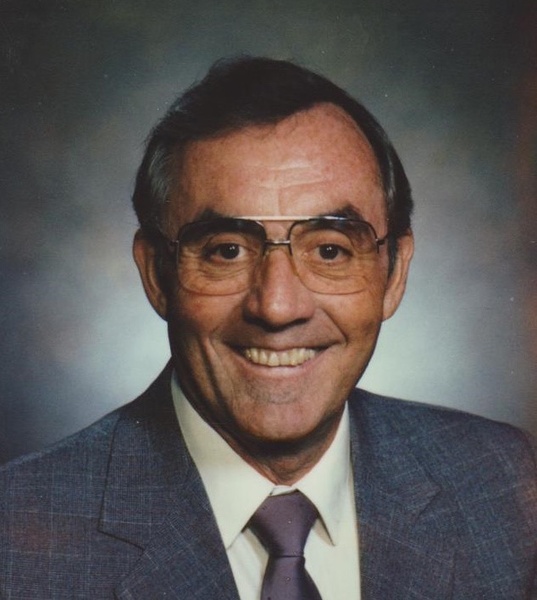 John Harold Giles passed peacefully away on October 2nd, 2021 at the home of his son, Troy Giles, in Bountiful, Utah. Our Dad couldn’t believe he had lived to be ninety-six and half years old.

He was born on March 26, 1925 to Leona Long and Ernest Afton Giles in Lehi, Utah. He married his eternal sweetheart, Ada Gean Madsen on September 5, 1945 in the Salt Lake City Temple. They were the proud parents of five amazing children.

He graduated from Lehi High School where he excelled in academics, acting in the school plays, playing tennis, and playing the saxophone

He attended Idaho State College, graduating in 1949, with a degree in Pharmacy. Dad was President of Phi-Delta Chi which is an academic fraternity.

During World War ll, he was denied acceptance into the military because of his heart murmur. He so badly wanted to serve his country so he joined the Merchant Marines as a recruiter. He served for twenty-seven months.

Dad was a pharmacist in Salt Lake City until they moved back to Twin Falls, Idaho where he was hired by Parke-Davis Pharmaceutical Company. He was their pharmaceutical representative for thirty-six years when he retired in 1986. He was always one of their top salespersons and was awarded salesman of the year. Dad would also work part-time for pharmacists when they went on vacation.

His greatest achievement was being a son, a brother, a friend, a husband and a father and grandfather. He grew up in the Great Depression so he learned to work hard, go without, and take care of what you did have. He taught his children those same qualities and we love and appreciate him for his remarkable qualities. His greatest ambition was to teach his children to love and obey their Heavenly Father and his son, Jesus Christ. He accomplished this by living what he taught us. Dad and Mom were great examples of serving others. They served a mission for the Church of Jesus Christ of Latter-Day Saints from 1987 to 1989 in Scotland and loved every minute of it.

Our Dad was very mindful of staying healthy by eating healthy and exercising. One of his greatest loves was playing tennis and he excelled at it. He was on the tennis team in college and he even beat the tennis coach. He also loved to golf, and he was an awesome slalom water skier and he liked to snow ski. He spent hours upon hours for the Temple Extraction program.

After the death of his eternal sweetheart and at the age of ninety, he married Eloise Stokes, a family friend of many years, and they were married for five years. She passed away in December 2020.

Dad will be buried at the Leavitt’s Morturary at 836 36th St. in Ogden, Utah.

Heartfelt thanks go out to our brother and sister-in-law, Troy and Teresa, who loved and cared for our Dad in the final months of his life. Their dedication to him was Christlike and we will be eternally grateful to them. Thanks Troy and Teresa!

To order memorial trees or send flowers to the family in memory of John Harold Giles, please visit our flower store.
Send a Sympathy Card