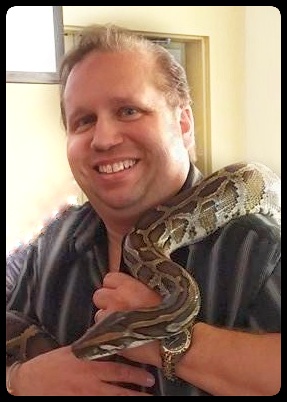 John Henry Hayes, III “Johnny” died unexpectedly of a heart attack at home in West Valley City on Saturday, November 19, 2016 at the age of 47.

­­­­­­­­­­­­Johnny was born on July 26, 1969 in Omaha, Nebraska to John and Joyce Hayes. He graduated from Bellevue East High School in 1987. He served a mission for the Church of Jesus Christ of Latter-Day Saints in the Cleveland Ohio Mission from September 1988-September 1990. He worked in Conway, Arkansas (where his family moved while he was on a mission) for KTOD Creative Sports Network for about a year before moving back to Omaha, Nebraska. He married Shelley in 1993. He worked at the College World Series annually for ten years until moving to the Salt Lake Valley. He worked for Fox TV stations for three years in Omaha and 15 years in Salt Lake as an Audio/Visual Technician. Over 12 years, the couple welcomed 6 biological children into their home and over thirty foster children while also offering refuge to many family and friends during difficult moments in their lives. He tried hard to teach them the importance of serving others, being responsible, and loving the Lord. He was supportive of his family and friends, always encouraging them to pursue their goals and do their best.

Johnny was an avid Scouter and was always serving in a troop, district, or council in some capacity to help others embrace the vision of Scouting, receiving many Boy Scouts of America awards as a result. He was a hard-working individual who loved working with the youth. He was an active and dedicated member of the Church of Jesus Christ of Latter-Day Saints and served in many callings over the years, including Ward Clerk, Elder’s Quorum President, Sunday School Teacher, and Stake Young Men’s President. He was passionate about helping others in any way he could, volunteering as an emergency medical technician, a volunteer fireman, a member of the Red Cross Disaster Action Team, a volunteer soccer coach, an executive officer for the Mormon Battalion Association, a member of the West Valley City Arts Council. On a more personal level, he performed many simple acts of service to friends and family – a hug, a smile, a listening ear, and a shoulder to cry on – that meant the world to the receivers. He has touched many lives and will be sorely missed.

A viewing will be held on Friday, November 25, 2016 from 4-6 pm at the LDS Church at 1510 West Parliament Avenue in West Valley City, as well as at 10 am on Saturday, November 26, 2016. The funeral will be at 11 am at the same location. All are welcome to attend and celebrate Johnny’s life. All scouts and scouters are encouraged to wear their scout uniforms in honor of Johnny. In lieu of flowers, please send donations to https://www.gofundme.com/hayes-family-fund. The family would love to collect memories of Johnny to put in a Book of Remembrance; please email them to johnnyhayes3@gmail.com by December 15 as your Christmas present to the Hayes Family.

To order memorial trees or send flowers to the family in memory of John Henry Hayes, III, please visit our flower store.
Send a Sympathy Card