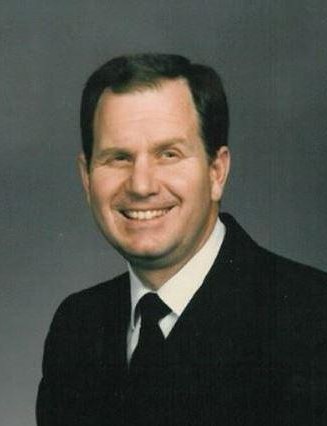 John Steven Lineback, 72, passed away peacefully at home on May 18, 2018. He fought a valiant battle with melanoma cancer for over 8 years.

Steve was born July 12, 1945, In Los Angeles, California. He was the eldest of five children for parents John Edward and Shirley Leonard Lineback. The southern California native served an LDS Mission in the Southern Far East Mission, including Hong Kong, Taiwan and the Philippines, from 1964 to 1967. After his mission, he returned to Brigham Young University where he met Laura Kay Finch. They married December 27, 1967, in the Manti, Utah,Temple.

After completing his BS degree in Psychology at BYU, he obtained his MA degree in Family Counseling at University of Southern California in 1973. Steve worked as a counselor and teacher in Los Angeles from 1973 until 1980. He received his commission in the United States Navy October 5, 1980, and started his career as a Navy Chaplain on the USS Fulton, submarine squadron, Groton, CT. He quickly discovered chaplaincy was his most loved calling. As a Navy Chaplain, he was also assigned to serve with the United States Marine Corps, which he found to be his favorite assignments. Steve always said, “The Marines take care of each other,” and he was the best emblem of that caretaking throughout his career.

After serving in Groton, he served at the Portsmouth Naval Hospital, Norfolk, VA, and then the Squadron 8 Diving/Salvage, in Little Creek, VA (counselling those who salvaged the crashed space shuttle Challenger). He then attended post-graduate school in pastoral counseling at Catholic University of America, Washington D.C. After that schooling, in 1988, Steve served as BN Chaplain (Brig) at Camp Lejeune, NC, followed by a posting in Okinawa, Japan, as Regimental Chaplain. In 1994 Steve served as Alcohol Rehabilitation Center Senior Chaplain at Miramar and Point Loma, San Diego, CA; before returning to Okinawa in 1997 as the Marine Air Wing Senior Chaplain, where he received his promotion to Captain. He returned to San Diego in 1999 to serve as Director of Pastoral Care at Balboa Naval Hospital, followed by a posting to Marine Corps Base 29 Palms, California, as the Base Chaplain from 2002 to 2004. Steve’s next and final posting was to New Orleans as the Force Chaplain with Marine Force Reserves, traveling widely to train Navy and USMC reserve chaplains and religious program specialists.

He received many honors and rewards throughout his military service, but the ones he was most proud of were the Outstanding Volunteer Service Medal and the Humanitarian Service Medal.

In 2007 Steve retired from the military, but not from caring for others. He and Kay moved to Provo, UT, where he and Kay cared for their aging mothers. Before long he was back at work as a chaplain again, this time at Utah Valley Hospital as the Supervisory Chaplain. After three years at the hospital, the Marine Corps requested Steve return to Headquarters Marine Corps, Quantico, to develop their stress control program, which he did from 2009-2011. His next service was in Salt Lake City, as a service missionary for the LDS Military Relations Committee. From 2012 to 2016, Steve worked as a Hospice Chaplain for Intermountain Hospice and Homecare, helping the dying throughout Utah County. After retiring from Hospice in 2016, Steve served another mission with the LDS Military Relations Committee, being released just a few months before his death.

Steve loved the Lord and loved caring for others through his callings in the Church of Jesus Christ of Latter-day Saints. He served as a temple worker, in a stake presidency, in several branch presidencies, as a high councilor in nine stakes, and many times as a teacher. His most recent calling was serving in the Branch Presidency for Heritage School, which he loved. His kindness, patience, wisdom, and gentle acceptance brought peace and light to many as he served.

Everyone who knew Steve will always remember his cheerful parting words: “Go slow and stay great.”

He loved his family and loved caring for them most of all. He is survived by Kay, his wife of 50 years, son John Paul (Scarlett), daughter Bryn Rebecca Dean, son Eric Henry (Beth), and 11 grandchildren. He is also survived by his four siblings Paul Lineback (Eugene, Oregon), Shirl Dyer (Rexburg, Idaho), Gary Lineback (Atlanta, Georgia), Mark Lineback (Overland Park, Kansas). He is preceded in death by his parents.

The family wishes to express deep gratitude to the staff of Intermountain Hospice and Homecare for their dedicated care in his last weeks of life. They knew Steve as a colleague and a friend and provided much needed comfort.

Funeral services will be held on Tuesday, May 22, 2018, 11:30 am, at the LDS Edgemont North Stake Center, 345 East 4525 North, Provo, UT 84604. Visitation will precede the services from 10:00-11:15. Interment will follow at Spanish Fork City Cemetery. In lieu of flowers, please consider a donation to The Church of Jesus Christ of Latter-day Saints, Humanitarian Fund, www.lds.org. Condolences may be expressed to the family at www.serenicare.com.

To order memorial trees or send flowers to the family in memory of John Steven Lineback, please visit our flower store.
Send a Sympathy Card