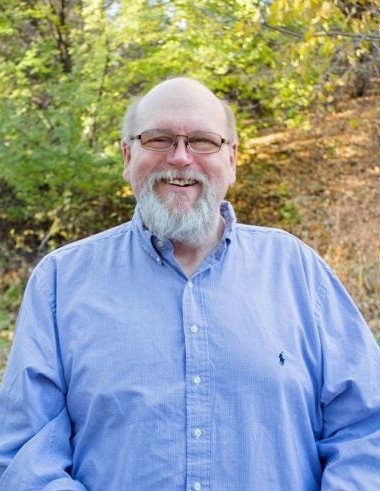 John L. Sullivan III (Trip) passed away surrounded by his family from complications of diabetes on August 27, 2017 in Ogden, Utah at the age of 57.

He was born on January 7, 1960 in Big Spring, Texas to John & Bobbie Sullivan. He graduated high school in 1978 in Seminole, Texas. Education was important to him, he received degrees from University of Washington, University of Utah, and Utah State University. He was a secondary education teacher, and a vocational rehabilitation counselor. John served in the Switzerland/Geneva LDS mission from 1982-1984. It was here that he met his future wife Pam Edwards. They later reconnected in Provo, Utah at a mission reunion, and were married March 16, 1985. John's hobbies and interest included photography, art, genealogy, and spending time with his family. He was known for his dry sense of humor and his contagious laugh.

John is survived by his wife Pam of 32 years, son John Michael (Elaina), daughter Catie (Juan), and son Liam. He also survived by 6 grandchildren; Abby, Luke, Dominic, Sophie, Jackson, and baby boy on the way. He also leaves behind his brother Stuart (Melissa) and their children, as well as many other Sullivan, Miller, and Edwards relatives. John was preceded in death by his parents John & Bobbie Sullivan, and in-laws Ray & Verla Edwards.

The family would like to share their appreciation and gratitude to Access Home and Hospice, as well as Mt. Ogden Health and Rehabilitation Center for their tender care of John in his last months.

To order memorial trees or send flowers to the family in memory of John L Sullivan III, please visit our flower store.