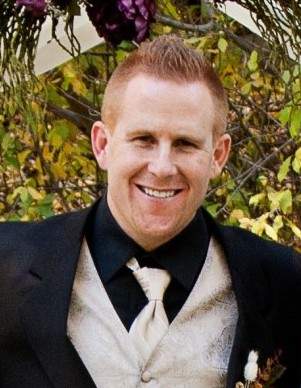 Joseph Adam Shultz died May 26, 2016. Born on February 2, 1977 to Joseph and Rene' Shultz, Joey graduated from Ben Lomond High School in 1995. In 2007 he graduated from Weber State University with a B.S. in Psychology with a minor in Philosophy.

Joey was a sweet son to his parents and an amazing brother, always willing to help out with anything. As a husband, Joe's loyalty and passion towards his wife and family could not be surpassed. He proudly embraced being a stepfather, treating his stepdaughters as his own. He wholeheartedly committed his time and energy into bringing happiness, love and joy to his wife and children. He was a beautiful man with a beautiful white smile that showed love and kindness to everyone. Anyone who met him loved him.

In the fifth grade, Joey received the Hope of America award. He had a spirit of adventure and was celebrated as a hero by his children. He played injured during every High School Varsity Football game. Always willing to help an underdog. Participated gamely in life. An avid writer and poet with a deep interest in philosophy and spirituality who believed in service to others, strong family values, and loyalty.

Joey served in the U.S. Navy, stationed on the U.S.S. Enterprise during it's “Big E” deployment in 1996. Responsible for enforcing no-fly zones in Bosnia-Herzegovina and Iraq. Joe aided in this critical deployment that included nearly 5,000 missions and steamed more than 50,000 miles during 140 days. He was proud of his military service.

For 3 ½ years, Joey worked as a therapist for youth at Benchmark Hospital in Bountiful. He was also a machine operator at GSL for 2 years.

To order memorial trees or send flowers to the family in memory of Joseph Adam Shultz, please visit our flower store.