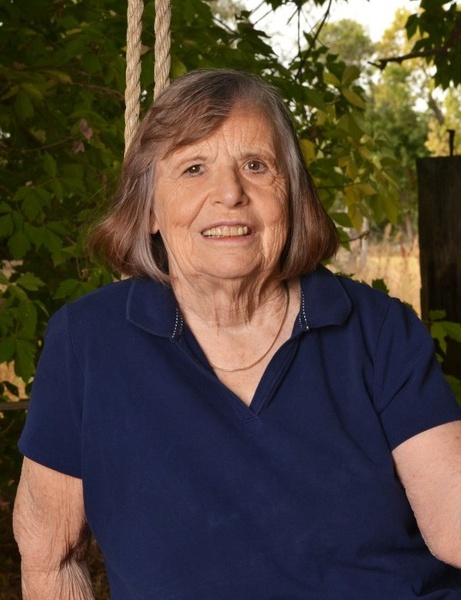 Karla Prestridge, 81 passed away peacefully on Friday June 19, 2020. She had been living with her son Mark and daughter in law Kim since January, as she was battling heart and kidney failure. All of her children and grandchildren shared in caring for her, we are thankful she was home and surrounded by her family.

Our beloved mother, grandmother, great grandmother, sister, and aunt Karla was born in Preston, Idaho on September 11, 1938 to Orion and Anna Packer.  She was the third of seven girls in her family.  When Karla was a young girl her and her family moved to Northern California where she grew into an amazing young woman.

Karla met her sweetheart Marvin Prestridge at a church dance and they were inseparable from that time on. Karla and Marv were married on September 29, 1956 and shortly after Marvin enlisted in the army taking him to France.  Karla waited until after the birth of their first child, Allen, then traveled alone with her young baby to join Marv. The three of them had many adventures and were able to enjoy traveling together. They traveled to Switzerland where they were sealed in the temple on July 18, 1958. Karla and Marvin had three children Allen, Tami, and Mark who they loved and were very proud of.

After their children were grown Karla and Marvin enjoyed traveling the world together and served two missions for the Church of Jesus Christ of Latter-Day Saints. Their first mission was served in Louisville, Kentucky as construction missionaries building the Louisville temple.  The second mission was served in Nauvoo, Illinois restoring church sites and doing visitor tours.  Karla really enjoyed serving in the church and her favorite calling was teaching the Primary children.  After their first mission Marvin and Karla built a beautiful home in Willard, Utah overlooking the nearby lake.  The home was built with so much love and help from their children and grandchildren and as a haven for family to gather and laugh together.  That house was one of Karla’s favorite places where she had many great memories of often being visited by her children, grandchildren and great grandchildren.  Karla was a loving and generous person who took everyone under her wing.   She had a huge heart and loved talking to people about her family.

Due to the Covid-19 virus, there will only be a graveside service limited to family members on Saturday June 27, 2020, at 11:00 am, in the Franklin, Idaho cemetery. Please bring a mask to wear, and bring a chair or blanket to sit on. A recorded audio of the services is available at the link below. Unfortunately, the video did not record correctly.

To order memorial trees or send flowers to the family in memory of Karla Prestridge, please visit our flower store.