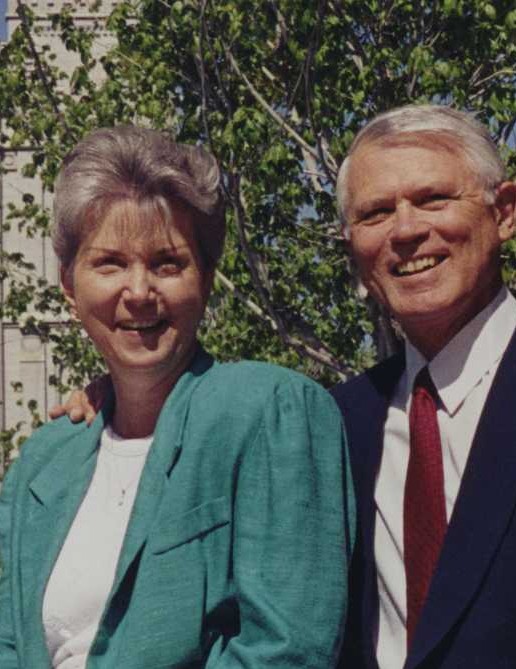 Kathy finally got her wish to “go home,” due to the effects of Alzheimer’s on April 26, 2018. She was born April 24, 1943 in Peru, Indiana to Thomas Eldon Whitney and Evelyn Sue Cress. Her mother was later remarried to Charles Lee Allison and they moved to Virginia. It was in Newport News that she joined the Church of Jesus Christ of Latter-day Saints.

She met Michael Enfield in 1964 and they were sealed in the Salt Lake Temple on May 5, 1964. They settled in Richmond, Virginia where they had their six children. They later traveled the country as Mike was involved in building temples for the Church.

Kathy’s life was centered around the family, the Gospel and friends, especially those in need. Her family was the joy of her life, and made sure that they knew they were loved and were a vital part of our family. She always had a calling to serve, and was a Stake Young Women’s President, a Ward Relief Society President and served in other auxiliaries all her life. She served as an ordinance worker in the Salt Lake and Bountiful temples as well as a 23 month mission with Mike in the Nauvoo Temple. She made sweet friends wherever she lived and everyone loved her. Mike’s claim to fame was that he was “Sister Enfield’s husband.”

She was preceded in death by her father, mother, step father and brother, Michael Lee Allison. She is survived by her husband, sister Barbara Blevins, six children, David, Daniel, John, Jennifer Strain, Mark and Matthew, 22 grandchildren and 6 greatgrandchildren.

There will be a viewing from 6:00 to 8:00 pm Friday, May 4 at the Parkway Stake Center at 55 East 350 North in North Salt Lake. The funeral will be Saturday, May 5 starting at 11:00 am preceded by a viewing from 10:00 at the same location. Interment will be in the Bountiful City Cemetery. Condolences may be shared at Serenicare.com

To order memorial trees or send flowers to the family in memory of Kathleen Sue Enfield, please visit our flower store.
Send a Sympathy Card