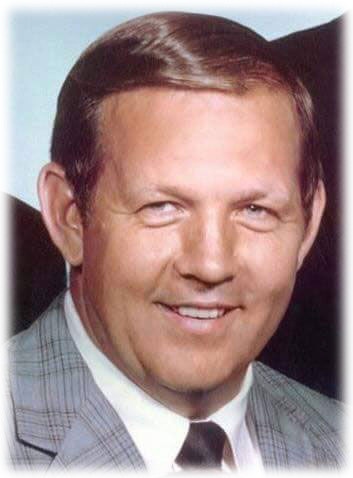 Kent Ferrell Beagley, 84 of American Fork Utah returned to his heavenly home Friday evening January 23, 2015 after an extended illness. Kent was born November 26, 1930 in Hunter, Utah to Althea Ovella Ferrell and Jesse Beagley. He was educated in public schools in Utah and, graduated from Orem's Lincoln High School. He had a great voice and sang in E.B. Terry's choirs in High School and church. He played the saxophone and the piano, many of his children took up music as the opportunity arose. He was always supportive of his children's musical activities and lessons. We could always count on his attendance at our concerts. His children and grandchildren are pianists, saxophonists, clarinetists, violists, violinists and vocalists and many have taught or will teach music. He was an accomplished tennis player winning State in his division. After High School he served as a missionary for the Church of Jesus Christ of Latter-Day-Saints in the Southern States mission. His mission assignments were in Texas and Louisiana. One of his convert families eventually moved to Orem and the children became fast friends. He recounted flying with his mission president in a "V" tailed Beechcraft Bonanza. This experience may have lead to his aviation activities in middle age. He became a Private Pilot in the 1970's, purchasing his own airplane in 1972. He flew many hours and it was one of his favorite things. After his mission he served in The United States Army with the 31st Field Artillery Battalion in Korean Conflict (1953-1955). Some of his final discussions with his sons included talks of his Army Service. After his military service he lived and worked in Missoula, Montana. There, one evening at a Church Youth event he met Maureen Lublin (word is he knocked her out with a spike over the net!). They married January 11, 1956 in Moses Lake, Washington. They were parents of 17 children, but separated later in life. The family lived in Provo, Orem, Lehi and Pleasant Grove. He finished his education by receiving his Bachelor's Degree in Secondary Education from Brigham Young University. He taught at Nebo School District's Payson High School. In the early 1960's following his mother's entrepreneurial lead, he entered the health care industry, where he became very successful. His unique treatment program to assist developmentally challenged clients through physical and creative activity garnered an Outstanding Program award from the Utah Therapeutic Recreation Association in 1981. He was an honored "FRIEND" of the Therapeutic Recreation Program at his alma mater BYU. He had a strong work ethic instilled by his mother, which he was successful at sharing and encouraging in his own children. SERVICE was his "forte" throughout his business experience. His children learned to work at early an age. They are outstanding teachers, administrators, systems specialists, customer service representatives, construction workers, salesmen and health care workers, among other endeavors. Upon leaving the health care industry he spent time in the construction field, for a time building petroleum processing plants in Wyoming. Then he settled into the restaurant business with Kent's Place Diner in downtown Murray, Utah. To quote daughter in law Shelley Beagley about the diner "best pancakes and potatoes I EVER ate! He also ran the concessions at Rocky Mountain Raceway. As his older children had grown up in the health care and construction industries, the younger children learned to work and serve in the food service industry. He knew how to have fun as well, football in the wide street in front of the Orem home was a true neighborhood experience as was basketball in our huge backyard. You could always find several friends participating with the family. Grown-ups, including Beagley brothers and their wives could be found playing Pinochle at our place in the early years and golf was a staple with the boys well into Dad's later years. Kent was preceded in death by his parents, brothers, Jesse, Boyd and Ferrell Beagley, Sister Ethel Rohbuck, his wife Maureen Beagley and granddaughters LaTicia Neebling and Nicole Beagley. He is survived by his 22 sons and 7 daughters, 56 grandchildren, 15 great-grandchildren and 5 brothers and 1 sister.

Many thanks to the Beehive Home South in American Fork and all of their associates, especially Bianca, for providing care to our father. Many thanks also to Mary with Sunrise Home Health and Hospice for her excellent care.

Funeral Services will be held at 1:00PM Friday January 30, 2015 at the Church of Jesus Christ of Latter Day Saints chapel, 680 North 350 West, American Fork, Utah. A viewing will be held prior to the services beginning at 12:00 Noon. Interment will be at the Utah Veteran's Cemetery and Memorial Park: 17111 South Camp Williams Road, Bluffdale, Utah.

To order memorial trees or send flowers to the family in memory of Kent Ferrell Beagley, please visit our flower store.
Send a Sympathy Card