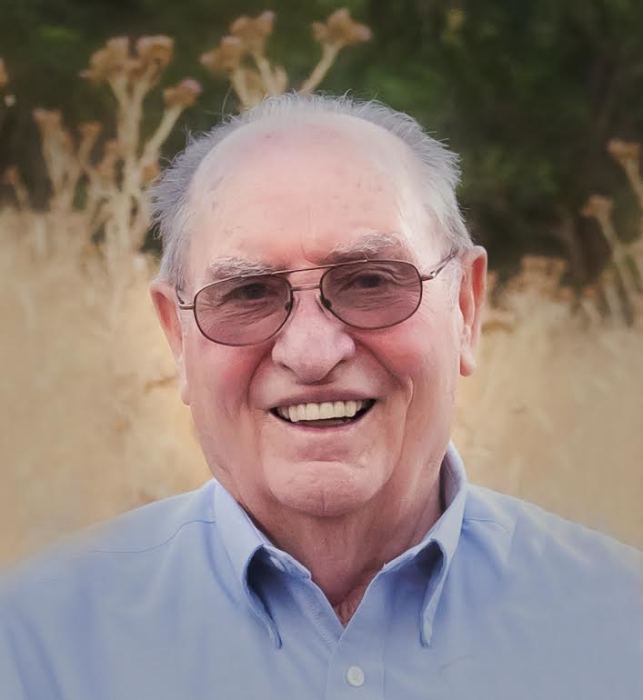 Lealen Blain Collard passed away quietly on Wednesday, April 5 2017 at the age of 87.  Blain was a long time resident of Payson, UT where he and his wife Dottie moved after he retired in 1984.

Blain was born on July 11, 1929 in Huntington, UT to Lealen Taylor Collard and Edith Jane Brown.  He could always be found with a carving knife in his hand when he was not fixing something that everyone thought was beyond repair.  His carvings were creative, detailed and imaginative - he held weekly carving classes with anyone who wanted to learn, chat and visit.  In addition to this talent he was a gifted singer, gardener and woodworker.

He served a mission for the LDS church to the Western States Mission from 1949-1951.  Following the return from his mission he served in the US Air Force.  After his service to the country he worked in the Civil Service as an electrician at Walker Air Force Base in Roswell, NM and then spent the remainder of his professional life at the US Air Force Academy in Colorado Springs, CO where he received numerous awards for outstanding performance in his field.

He and Dorothy Lee Hobson were married in the Manti, Utah temple on June 13, 1952.  They were inseparable for 65 years!  Blain is survived by his wife Dottie; two daughters, Kathy (Craig) Hiatt; Lynette (Christopher) Leach; three sisters, Klea (Rex) Jones; Lorna (Melvin) Smith and Roma Larsen.  Blain joins two of his daughters who preceded him, Karen Kay Collard and Laura Lee (Jack) Haycock.  Blain and Dottie are blessed with 13 grandchildren and 26 great-grandchildren.

To order memorial trees or send flowers to the family in memory of Lealen Blain Collard, please visit our flower store.