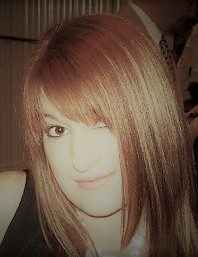 â€‹Lindsay Anne Needles ended her battle with mental illness on August 2, 2018.  She was born on her sister Casey’s 4th birthday, July 17, 1982.  Casey, who passed away 9 years earlier, was there to welcome her to the other side of the Veil.

â€‹Lindsay was the youngest of eight children born to John Burton Needles and Bethine Mindar Needles.  She married Christopher Bambrough and they were later sealed in the Oquirrh Mountain Temple.  They had two children , Abigail Lynne and Parker Theodore.  They later divorced.  Lindsay is survived by her children whom she loved beyond measure and will continue to watch over, her parents, and brothers David (Debra), Timothy (Jenny), Jacob, and sisters Denise Needles (Bryan), Angella Sant (Justin), Jenny West (Derek), along with numerous nieces, nephews, and cousins.

Lindsay was a person who loved family and friends more than herself.  We want to thank everyone who loved her back and was there for her when she needed help.

To order memorial trees or send flowers to the family in memory of Lindsay Anne Needles, please visit our flower store.
Send a Sympathy Card