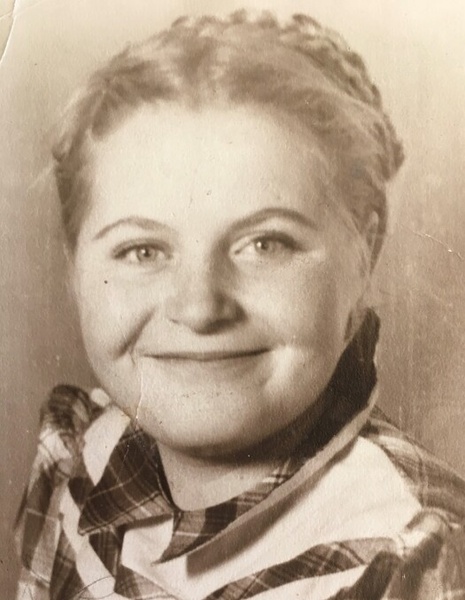 Lois Iverson Clays Griebel passed away peacefully on June 27, 2021 in Pleasanton, California with her children at her side. She was born on November 5, 1935 to Vernee Herbert Iverson and Vennes Mercil Davidson in the small farming town of Salem, Utah. There she grew up in her grandfather Andrew Iverson’s loving home with her parents, sister Vennes Vee, and twin brothers Andrew and Amasa. Following the deaths of her father and later her grandfather, the farm proved too much. In 1951 Lois moved with her mother and brother Andrew to Salt Lake City.

At age 18, Lois boldly moved on her own to San Francisco, where a few years later in 1956 she met Russell Edward Clays. Lois and Russell were married in 1957 shortly before moving to his Naval assignments in Japan and the Philippine Islands. It was in Japan where they were blessed by the births of their children Nancy and then Russell Jr.

With the overseas assignments complete in 1962, the young family returned to the states to situate at a new assignment at Fort Meade. Plans were curtailed by tragedy when Russell Sr. was killed in a hunting accident in California shortly after arriving stateside.

With the loving support of family, Lois settled with the little ones in Woods Cross, Utah where she met a kind man named Curtis Griebel. Lois and Curtis married on May 11, 1964. Their marriage was later solemnized in the LDS Manti Temple. Together they raised the children punctuated by moves to Colorado and California. In 1991 Lois and Curtis moved to their retirement home in Sandy, Utah. After Curtis passed in 2010, Lois continued to live in Sandy until relocating to California to be near her children in 2016.

Lois was a loving wife, sister, sister-in-law, aunt, great-grandmother, grandmother, and a true friend to her children. She found great comfort in her LDS faith and took pleasure in the simple things of life: reading, traveling, crocheting, candy-making, canning, story-telling, and especially spending time with family and loved ones. She worked for 18 years as a KinderCare teacher and had a gift for teaching children. Lois looked on the bright side of life and treasured her happy memories.

Private interment will be in Salem, Utah.

In lieu of flowers, donations may be made to the John A. Moran Eye Center, 65 Mario Capecchi Drive, Salt Lake City, Utah 84132

To order memorial trees or send flowers to the family in memory of Lois Iverson Clay Griebel, please visit our flower store.