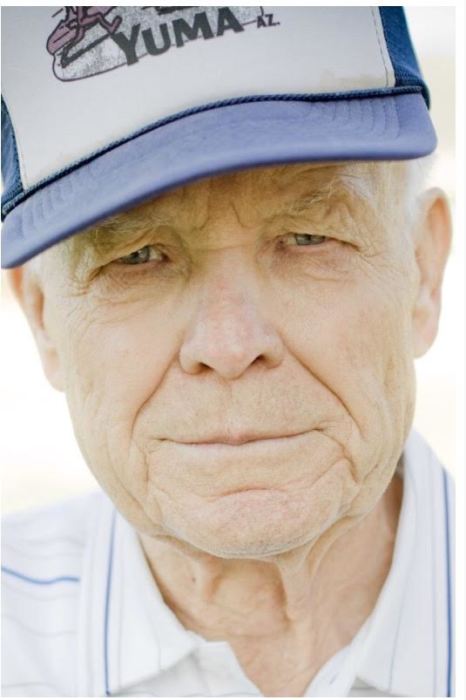 Lorin Church Miles Jr. (L.C.) passed away February 21, 2016 at home in the arms of his loving wife LaRae. He was born on October 7, 1924 in Garland Utah to Lorin and Elva Miles. The family later moved to Cedar City, Utah.

After high school Lorin enlisted in the United States Navy and proudly served his country during World War II. Through this experience he developed a great love for his country.

Upon his return home Lorin worked as a tour guide for the National Park Service. He met his sweetheart, LaRae Haight, at Zions National Park where she was working as a waitress. They married on June 1, 1948 and then sealed in the Logan LDS Temple.

He began his career as the principal and coach at Piute High School while living in Circleville, Utah. His next position was principal of Richfield High School. In 1958 the family moved to Salt Lake City where he was instrumental in the creation of Educators Mutual Insurance Association, serving as Executive Director until his retirement in 1986. Dad enjoyed a great relationship with his staff and teachers through out the state of Utah.

A faithful member of The Church of Jesus Christ of Latter Day Saints Lorin served in many callings throughout his life. He was a devoted husband, father, grandfather, great-grandfather, brother, uncle and friend; he enjoyed spending time with his family and loved them dearly. He taught his family integrity and a love for life through his example.

A love for the outdoors, Lorin spent his leisure time with family and friends camping, hunting, fishing, boating, skiing and golfing.

Lorin is survived by his wife, LaRae; their four children and spouses: Sandy and Mike Perry, Richard and Brenda Miles, Marsha and Clark Lowder, Steve and Lori Miles; 17 grandchildren; 39 great grandchildren; sisters, Marilyn Fotheringham and Carol Adair; and brother Gail Miles. He was preceded in death by his parents and sister, Lois Higbee.

The family would like to express their gratitude to the staff of the Legacy House Assisted Living Center and Aspire Home Health Care for their loving care of our Dad.

In lieu of flowers, donations can be sent to the General Missionary Fund of the Church of Jesus Christ of Latter Day Saints. Flowers can be delivered to the church between 9:00 a.m. and 10:00 a.m. the morning of the service.

To order memorial trees or send flowers to the family in memory of Lorin Church Miles Jr, please visit our flower store.
Send a Sympathy Card