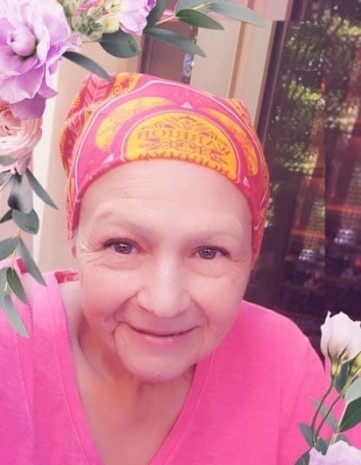 Lorraine Linda Redding, our beloved daughter, mother, sister, aunt, and friend suddenly passed away on July 8th, 2020 due to complications from cancer. She was a fighter up to the very end and was the strongest woman that I have ever known.

She was born on October 10th, 1954 in Salt Lake City to Jake and Ruth Redding. She was the second oldest of her brothers and sisters. Lorraine graduated from West High School. She had several important friendships in her life, with some even lasting from her days while attending school.

Lorraine had several jobs, most lasting several years. She was very dependable and well liked by everyone whom she came into contact with. Her final job was at the Salt Lake County Jail supervising inmates in the kitchen. She was known to be one of the more strict supervisors, even having her inmates think she was in the military at one time in her life but once you were on her good side, she was entirely friendly and fair.

In 1981, Lorraine gave birth to her only child with Danny Pollock. They named him Daniel (everyone knows him as Danny). Lorraine and her son had a very special relationship with each other that a lot of parents may never know. They both were the center of each others lives and neither one would hesitate to call the other their best friend even though they were mother and child. She will be sorely missed by him and will never be forgotten.

Lorraine will also be missed by each and every one of her friends and family members. The hole that she is leaving behind will never be filled and she will be thought of often. Lorraine is preceded in death by both of her parents. She is survived by Frank (Tammy) Redding, Loretta (Rick) Rivera, Kenny Redding, Kerry Redding, and Penny Martinez. Both Dolores (Cruz) Ochoa and Lynn (Mel) Gutierrez deserve a special mention for being friends since attending elementary and high school respectively. Also thank you to Angelina King for the help, home, and most importantly the love that she provided in Lorraine's final days.

Thanks to all of the doctors, nurses, and any other medical staff whom she came into contact with. Without all of you, she wouldn't have been able to fight for as long as she did. A special thanks also to Kim and all of Summit Hospice for being the right people to help at the time they were needed. The kindness that was shown to a woman they never even knew means so much to her family. Thank you to Serenicare too for their fantastic service.

Due to the Covid outbreak, there will be no service at this time. She has been cremated and we will be having an end of life celebration at a later date.

To order memorial trees or send flowers to the family in memory of Lorraine Linda Redding, please visit our flower store.