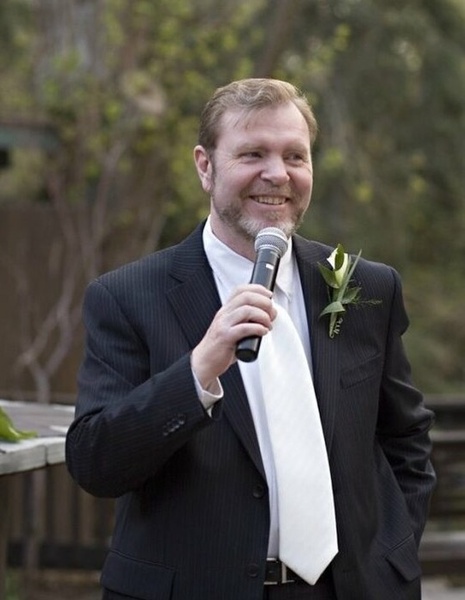 Louis Gregory Tipping, 69, passed away peacefully at his home on 06/18/2021 surrounded by his loved ones, after a long battle with Parkinson’s Disease.

Lou was born on August 7, 1951 to Patricia Mongarro and Edgar Tipping. He took great pride in being the oldest brother to Rich, Heather, and Amiee and often shared memories of their childhood together. Later in life he was finally able to meet his father and five more siblings, Melinda, Carolyn, Patricia, William and Dianne. This brought him great joy and he spoke fondly of his family in Texas and Oregon.

He married Barbara Caren Hughes in Los Angeles, California on October 20, 1973. To have and to hold for richer or poor, for better or worse, in sickness and health, they lived it all. While they were reserved in their PDAs, they loved and understood each other deeply and completely. They worked together doing side jobs and shared responsibilities from diapers to dishes. They sang in folk rock groups and church choirs. Together they enjoyed tennis, softball, basketball, and golf. They were partners in cribbage and competitors in scrabble. They differed in their religious views but always honored each other's decisions.

A man of few words, but a quick sense of humor, he taught us how to poke fun at life and get through the day laughing. And he never got a hair-cut, he got ‘em all cut.

He loved his 12-string guitar, especially playing the Beatles. Whether it was standing in front of the bathroom mirror because he loved the acoustics, “fixing” Paul’s tuning, inviting his friends over to sing folk tunes, or even performing his own song “Peace, Asking, Order” that his kids know by heart, music was the most important thing in life aside from his family.

Lou’s greatest joy was his children. He found ways to make each of them feel special and loved being together any chance he got. From camping and road trips, hours at Peter Piper Pizza, Sunday donut runs, grocery store adventures, intense games of “Sock” or even just sitting down to patiently teach us math or share his life story, he always found time for his kids.

Services will include an open house to offer condolences on Tuesday, June 22, from 6:00-8:00 pm at Föhn Event Venue, 1098 W. South Jordan Unit 104, UT 84095. He will be laid to rest at the Utah Veterans Cemetery and Memorial Park in a private ceremony.

In lieu of flowers, we encourage a donation to The Michael J. Fox Foundation for Parkinson’s Research or a local charity of your choice.

To order memorial trees or send flowers to the family in memory of Louis Gregory Tipping, please visit our flower store.