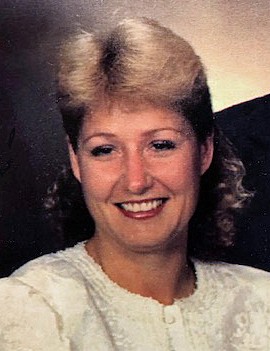 Lynda Fay Shewell, age 63, passed away surrounded by her family on Friday, February 15, 2019, from liver failure at the U of U Hospital. Lynda was born in Salt Lake City, UT, on August 15, 1955, to Horace (Buddy) Smith Knowlton and Fay Harris Knowlton, and is the oldest of six children.

Lynda has an amazing memory for rhythm and rhyme. At the age of 2 she had memorized several nursery rhymes and later she developed an amazing repertoire of songs she memorized and would spontaneously share when it seemed fitting. She had a beautiful singing voice.

Lynda was strong and passionate and would completely immerse herself in whatever new hobby she was engaged, whether it be her garden, baking bread, raising rabbits, or breeding mini Schnauzers. Although, she said she was the happiest when she had a baby to care for.

She absolutely adored her children and was able to help raise her granddaughter, Elizabeth, who brought her great comfort and joy in her last years.

Per Lynda’s request, she was cremated on Wednesday, February 20th, at the SereniCare Funeral Home in Salt Lake. There will be an intimate memorial service and ‘celebration’ of her life for family and close friends on March 16th, 2019.

To order memorial trees or send flowers to the family in memory of Lynda Fay Shewell, please visit our flower store.
Send a Sympathy Card