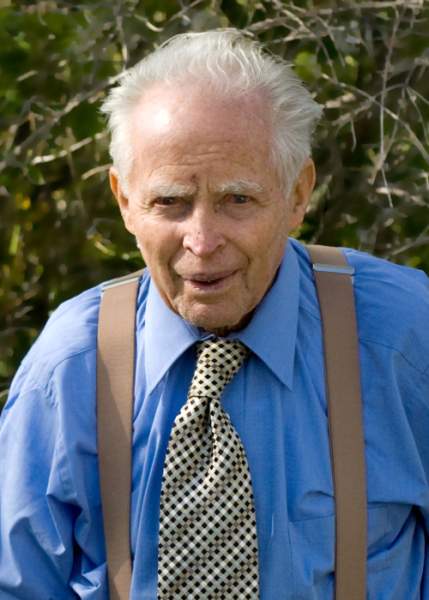 Marion built many things, helped many people, made many friends and leaves a legacy of love. During World War II he worked in war materials production including his participation in the construction of the Geneva Steel mill at Vineyard, Utah. Later Marion worked as a carpenter, salesman and building contractor, participating in numerous construction projects in Utah, Idaho and Wyoming. He built and remodeled homes for many in his family and for many other families in Utah. Beginning his building career in the days before power tools, Marion was known for his careful craftsmanship. Through his work and generosity he enabled numerous small businesses to grow and thrive. He advocated the reuse of building materials and economical construction techniques. For many years he and Mary produced much of the food for their family from their half-acre in Cottonwood Heights. In the 1990’s, he helped lead the “Battle of Union Fort,” an effort to preserve the adobe pioneer home built by his great-grandparents, Jehu and Sarah Cox in 1849 in Union (now Midvale), Utah.  A replica of the home now stands amid a shopping center, near the site where Union Fort was built on the Jehu Cox farm. Marion spent his last few years attempting to raise money for a statue of Jehu and Sarah Cox adjacent to the replica home, all the while spreading smiles and giving hugs. Each new person he met was asked what high school they attended and if they could sing their high school song.

Marion was preceded in death by his wife, Mary, his and Mary’s parents, five siblings, two sons-in-law and one grandson.

The family welcomes guests to viewings on Friday, March 17, 6-8 PM and Saturday March 18, 9:30 to 10:30 AM, with the funeral following at 11:00 AM. Cottonwood Eighth Ward, 6301 South 2300 East, Holladay, Utah. The family extends their thanks to the staff of Highland Care Center and the staff of The Lodge Inpatient Hospice, as well as those at Serenicare.

To order memorial trees or send flowers to the family in memory of Marion George Cox, please visit our flower store.