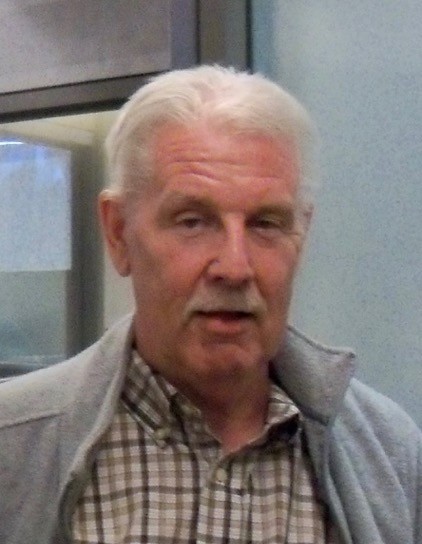 Born November 3, 1951 in San Bernardino, California. He died January 22, 2017 from complications of an unexpected fall in Kachina Village, Flagstaff, Arizona.

Mark was the fourth of five sons born to William and Roberta Gentry. He is survived by his spouse and companion of 41 years, Brent Davis Richie, his brothers; Bill (Joyce) Gentry, Scott (Gail) Gentry, Craig Gentry, Kurt (Cate) Gentry, ten nieces and nephews, 18 grand nieces and nephews, and his dearly loved Aunt Betty Mytinger He is also survived by his five “kids”, Charlie, Max, Poppy, Molly and Hickory. He is preceded in death by his parents, a niece, Kylie Williams and nephew, Don Gentry.

Mark worked for Coconino County at Kachina Utilities, head of the water department for 25 years. He most recently worked at NAU as a stationary engineer in the HVAC Department, retiring in 2014.

Mark loved Flagstaff and had lived there for 38 years. He enjoyed camping, traveling and being with his family. Many miles were covered and destinations journaled in their camping log book over the years. His favorite camping spot was the North Rim of the Grand Canyon. Often meeting up with family for camping reunions.

Mark loved dogs, especially dachshunds. He loved Christmas. He loved his four brothers.
Mark was a very loving and kind person. He had a twinkle in his eye and an endearing laugh, he had a great sense of humor. He will be sorely missed by Brent and his loving family who are comforted by the knowledge that he has been reunited with his beloved parents.

To order memorial trees or send flowers to the family in memory of Mark Gentry, please visit our flower store.