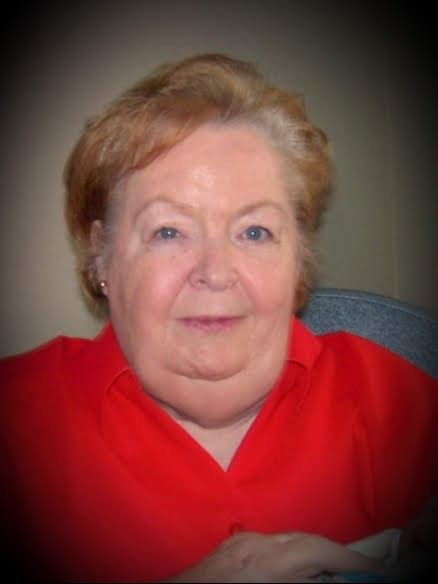 On June 11, 2019, at age 76, our beloved wife and mother, Mary Kelly Stewart Bowman passed away in Salt Lake City, Utah. She was born July 31, 1942 in Ayr, Scotland as the first born child to Arthur and Mary Kelly Stewart (both deceased). Her siblings include Arthur (the late Betty) Stewart, Paul (Anne) Stewart, Sharon (Ben) Grant and the late Melvin Stewart.
She attended Ayr Academy and Langside College in Glasgow before moving to the United States of America in 1965 while working as a dental assistant. That same year she met, in Maryland, at a Fourth of July picnic, the man she would be sealed to for time and all eternity.  She married December 21, 1965, in the Logan, Utah Temple of the Church of Jesus Christ of Latter Day Saints, Victor Armell Bowman.
She was a loving mother and homemaker to their six children: Kellie (John) Woods, Paul (Jennifer) Bowman, Wendy Bowman, Kirsten (Miguel) Nava, Jason (Holly) Bowman, and Julie Bowman. She enjoyed sharing with her children, nine grandchildren, and various nieces and nephews her love of music, baking, cooking, sewing, needlepoint, nature, reading and learning. She had a quick and quiet humor that would make us all smile.
With her love of singing, she often served in Church choirs and as chorister.
As she helped her children grow, she began to work outside the home again. She worked as a cherished member of the Clampitt’s Cleaners in both Issaquah and Bellevue Washington where the family had moved from California. She worked there until the last child left home and she with Victor retired to Utah.
She never lost her love of travel and of Scotland and would visit when she was able.
Memorial services to be held at 11:30 A.M. June 29, 2019 at the Church of Jesus Christ of Latter Day Saints, 5154 West 7000 South, West Jordan, Utah.

To order memorial trees or send flowers to the family in memory of Mary Kelly Bowman, please visit our flower store.
Send a Sympathy Card