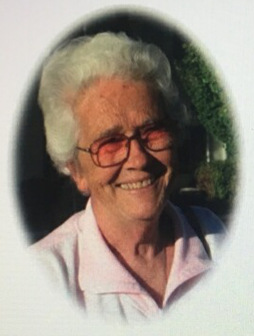 Maxine “Mickey” Lucille Snow, 86, of Smithfield, Utah; loving wife to William (Bill) Snow, passed away March 31 2016 in her home, surrounded by family, after a long battle with alzheimer’s/dementia.

She is survived by her husband, Bill: children, Christena Briggs and Michael Snow. She is also survived by 9 grandchildren, and 15 great-grandchildren. She was preceded in death by two other children, Mark and Tina Snow.

Mickey was born on May 26,1929 in Evart, Michigan where she and her husband lived most of their lives. She was a loving wife and mother in the Michigan area while Bill was an officer in the military, then retiring from Dun & Bradstreet at which time they moved to Utah in 1989 to be closer to their family. She will be greatly missed by family and friends.

To order memorial trees or send flowers to the family in memory of Maxine Lucille Snow, please visit our flower store.
Send a Sympathy Card