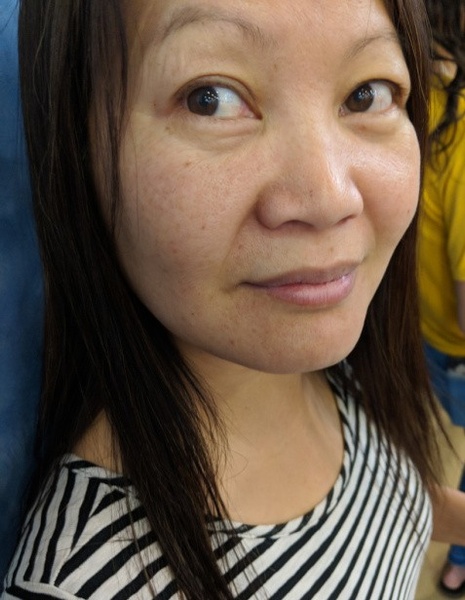 Maynhia Stott, daughter of the late General Djoua Pao Yang and By Ly Yang, was born on April 16, 1973 in Xiengkhouang, Laos. In the the spring of 1975, as the Vietnam War came to a close, Maynhia’s family was forced to leave Laos and flee to a refugee camp in Thailand, where they lived for a few months. They soon moved to another refugee camp in Thailand, and lived in barracks for two years before ultimately moving to France in 1977. Once in France, Maynhia attended grade school in Bourges, at Merlatte, Victor Hugo, and Lycee Jaques Coeur. The family moved again, this time to Minneapolis, MN, in September 1991, where Maynhia finished high school at Edison High School. She soon left for college, studying International Business at Utah Valley State College (now UVU), in Orem, Utah.

Maynhia has always been a spiritual woman, and was prepared for her future through dreams and visions she received. One such dream led her to investigate, and ultimately join, The Church of Jesus Christ of Latter-day Saints (LDS, Mormon). After a vivid dream involving her beloved father, she chose to be baptized into the LDS church on January 9, 1993. Her discovery of this faith emboldened her, and awakened a desire within her to share the joy of Jesus Christ with the world. She served as a missionary for the LDS church between September 1995 to April 1997 at Salt Lake City’s Temple Square and in Washington, D.C. preaching about the joy to be found in the gospel. Maynhia later said she was grateful for the Vietnam War, and for its end, for she felt it led her, and her family, out of Laos and on a unique path to find the gospel of Jesus Christ and her future husband.

Maynhia met Eric Stott after a church service in Minneapolis, MN, in September 1997. She had a vision shortly thereafter that he was to be her future spouse. The two fell in love and were happily married on February 13, 1999. They soon welcomed their first child, a daughter, in September that same year, who they named Dahlia Paaj Ci Tshab Stott. The three were sealed as a family in the Salt Lake City LDS Temple on March 31, 2000. Five years later she gave birth to their son, Chu Xeng Stott, in August 2004.

Maynhia is known to her friends and family as generous and service-oriented. She enjoyed the company of others and could often be found cooking dinner for a family in need or inviting people over to serve and feed them. Her home was always open to anyone seeking comfort, refuge, or simply a fun time. She was loyal, generous, passionate and adventurous. She reveled in travel - most recently visiting Australia, Laos and France with various family members. Maynhia was an ambitious woman, a woman of many talents who enjoyed trying her hand at many things. She owned several small businesses; she bought, decorated, and sold houses, and enjoyed painting and gardening. Maynhia loved fashion and was very creative. She deeply loved children and often sang French lullabies to her nieces and nephews. Her family meant the world to her. Above all, Maynhia radiated the love of Christ and shared her testimony of His love wherever she went.

Maynhia passed away unexpectedly on June 12, 2018 in Phoenix, AZ. She is fondly remembered and loved by her surviving husband, daughter, son, mother, sisters, brothers, other family members and all those who know her.

Maynhia's funeral services will be on Friday (June 22) and Saturday (June 23). Friday will consist of an all day viewing from 9 am - 8 pm. Friends and family are encouraged to come and celebrate Maynhia's life. On Saturday, the viewing will begin at 9 am and funeral services will begin at 10 am. Please come dressed in colorful clothes, we wish to celebrate Maynhia and the legacy she has left behind. The funeral will be at 2503 W Anthem Way, Phoenix, AZ 85086.

Anyone wishing to honor Maynhia is encouraged to make a donation in her behalf to causes she felt passionate about - Humanitarian Aid and Missionary Work. Please visit https://www.ldsphilanthropies.org/ for more information.

To order memorial trees or send flowers to the family in memory of Maynhia Stott, please visit our flower store.