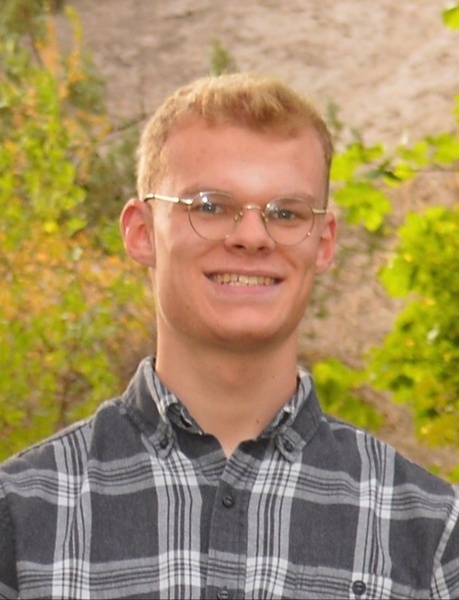 McKay Joseph Patterson passed away September 21, 2022 after a battle with spinal cord cancer.

McKay was born on June 12, 2002 in West Jordan, Utah to Ryan and Marianne Patterson.  He attended Mountain Shadows Elementary, Sunset Ridge Middle School and graduated from Copper Hills High School during the height of the COVID pandemic.  After high school he worked in the parts department for Ken Garff Nissan in Salt Lake City and saved nearly every dime he earned to prepare for his future.  He was a member of The Church of Jesus Christ of Latter-day Saints and served in many leadership callings in the Young Men’s organization.

He enjoyed listening to classic rock and often found obscure songs to share with his parents.  When asked how he found these gems he said “You have to listen to the whole album.”

McKay was a talented amateur filmmaker.  He began making stop-motion videos using his father’s iPhone while he was in elementary school and in middle school switched to his parent’s DSLR camera.  He eventually obtained his own camera, tripod, handheld stabilizer, boom mic and trolley.  One of his best pieces was a scene from Fahrenheit 451 that he created with his friends.

He liked working on cars with his father.  When he was 15 his cousin gave him a 1995 Honda Civic that had been hit by a Suburban.  After replacing the hood, fenders, bumpers and grill and sanding the car they painted it in the garage.  He proudly drove it to school until the automatic transmission failed.  After two unsuccessful attempts at rebuilding the transmission the decision was made to remove it and install a manual transmission.  After six hours pulling the necessary components at the local Pick-n-Pull and many more days modifying the car and installing the transmission it was ready for the high school graduation parade.

McKay is survived by his parents and his older brother Colby (Caroline).  He is also survived by his grandparents Ronald and Barbara Patterson and Clair and Norma Wadsworth and many aunts, uncles and cousins.  Preceded in death by his cousin Emily Patterson.

The family would like to thank Julie, Alina, Kim and Brittany from Huntsman at Home for providing McKay with the best care ever.

In lieu of flowers please donate to the Huntsman Cancer Institute.

You may join McKay's Funeral Service online through ZOOM or YouTube

To order memorial trees or send flowers to the family in memory of McKay Joseph Patterson, please visit our flower store.