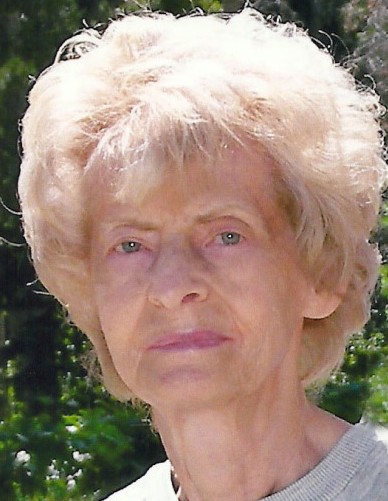 Melva June Marshall was born July 26, 1929 in Mansfield, Nottinghamshire, England to Minnie Dove Wilson and Benard Wilson. She passed away on February 17, 2019 at the age of 89 at her home in Orem, Utah.

June was the youngest of 4 children. She spent her childhood in Mansfield where she attended elementary school at the age of 4. She attended the Church of England School until the age of 14. She went on to become an apprentice in a sewing factory because of her love of sewing. She began sewing and designing at a very young age and spent her life sewing things for others. She has sewn and designed numerous wedding dresses, prom dresses, baptism dresses along with 52 uniform dresses for the Lincoln High School Tigerettes. She loved making things for her children and grandchildren.

She lived through World War 2 and remembers carrying a gas mask and going to the bomb shelter every night. June left England by herself at age 20, leaving her family behind. She had been baptized a member of the Church of Jesus Christ of Latter Day Saints at the age of 16 and desired to come to the United States of America to be closer to the central part of the church. She traveled by boat to New Jersey where she got on a bus to Ogden, Utah.

After about a year in Ogden she moved to Salt Lake City where she met her future husband and love of her life Calvin Marshall. Following a short courtship, they were married in the Salt Lake Temple on March 12, 1953. A month later Cal was sent to Fort Ord, California. After Cal completed his basic training she joined him in California where he completed his advanced training. She then moved to Orem, Utah and lived with his parents while he served in Korea for a year. Their first daughter, Pam was born at Fort Ord, California. They later moved to Orem, Utah where Debbie and Mark were born. June worked at Minnie World for many years where she designed and sewed dresses. She also had a sewing business from her home for many years. She was an active member of the Church and held many positions throughout her life. She loved her family and spending time with them. She went on many camping trips and especially loved Yellowstone and the many beauties of Utah.

To order memorial trees or send flowers to the family in memory of Melva June Marshall, please visit our flower store.
Send a Sympathy Card