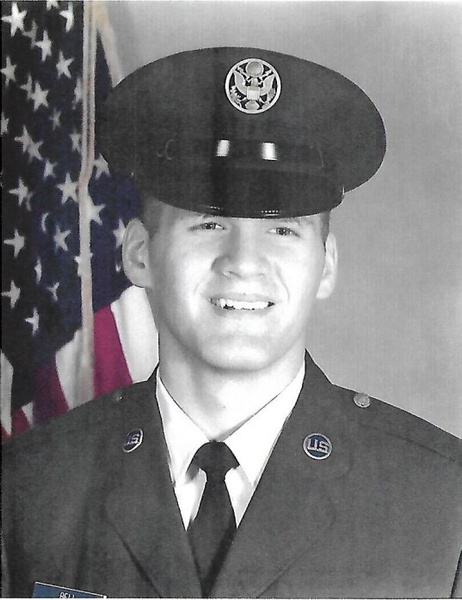 A son, brother, uncle and friend passed away on Monday, October 12, 2020. He is now free of his earthly afflictions and in the embrace of his father and other family members.

Michael Aaron Bell, was the youngest of six children born to Bud Bell and Geniel Jensen Bell on December 26, 1968 in Ogden, Utah. He was a graduate of Roy High School and played trombone in the high school band. He also played in the Jazz Band. Mike joined the Air Force Reserves after high school and then served a faithful mission for the Church of Jesus Christ of Latter Day Saints until his illness brought him home.

Mike loved his many nieces and nephews and showed an interest in their lives. As a family we have many fond memories of his smile, his kindness and optimism through his adversity.

He leaves behind his mother, Geniel Bell; three sisters: Charlene (Tim) Heslop, Janice Osei-boamah, and Deanne (Troy) Mohrman; two brothers: Blaine (Julie) Bell and Darin Bell; and many nieces and nephews. He was preceded in death by his father, Bud Bell and loving grandparents.

A graveside service will be held on Saturday, October 17, 2020 for immediate family members and their families. Michael will be buried in the Clearfield City Cemetery, 1050 State Street, Clearfield.

We know Mike is in the loving arms of his Heavenly Father and must have been greeted with the words, "Well done thou good and faithful servant, enter into my rest." Michael Aaron Bell is at peace.

To order memorial trees or send flowers to the family in memory of Michael Aaron Bell, please visit our flower store.