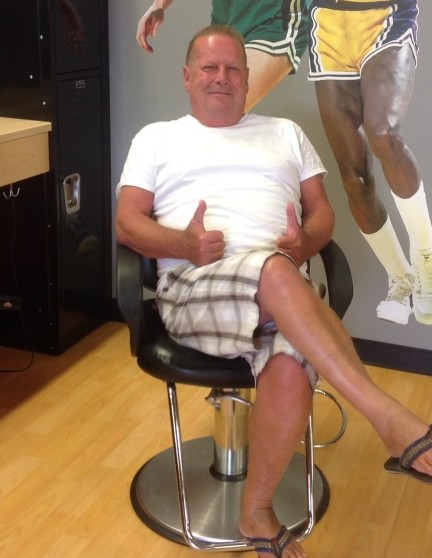 Michael was preceded in death by his parents, Dolores Irene and David Eugene Blankenship; his brother, David Charles Blankenship; and his grandson, Bobby Jack Chrisman.

He grew up and went to school in Lompoc, CA. He spent sometime in Pocahontas, IL.,  Portland, OR., Sacramento & Stockton, CA., Roy, UT and was living in Clinton, UT when he passed away.

Mike was a true Jack of all trades.  There wasn't much he couldn't do, if he didn't know how to fix something he would figure it out. He was ingenious for coming up with ideas for using things they weren't truly designed for.  He made use of things in extraordinary ways.  He had a smile and a giggle that was infectious.  He loved to tease and joke around, causing fun and laughter.  Even while going through the hardest fight of his life, he kept his positive, joking, teasing spirit, never dwelling on his illness.  He had a way of making others happy and feel good about themselves.  He loved to cook, especially BBQ. His ribs were something he loved to brag about.  He really enjoyed music, he would sing along into the night in his rocking chair. He loved classic cars, working on and restoring them with his son. Not always big on words, but he truly loved his family and we will miss him forever.

All falling on his way,

No more pain, no more fears,

So strong till his very last day,

I'll miss so much his smile,

And his open kind heart,

Although we won't be together for awhile,

We were best friends from the start,

A memory that will forever be sad,

Bad memories need not to bother,

I love you so much dad,

Now go be with your Heavenly Father.

To order memorial trees or send flowers to the family in memory of Michael Allen Blankenship Sr, please visit our flower store.
Send a Sympathy Card