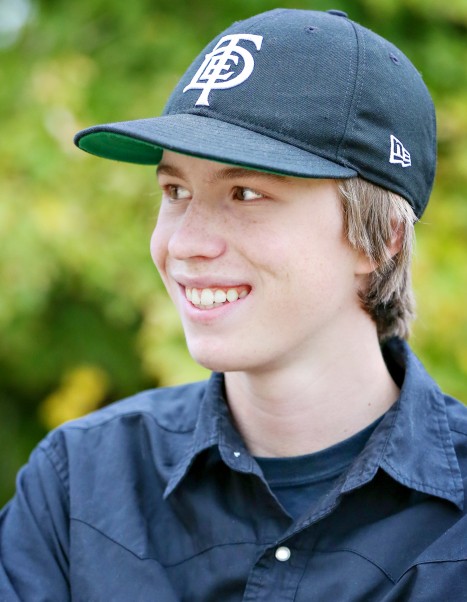 Michael passed suddenly & unexpectedly early Sunday morning, September 8th, 2019. He took pieces of many hearts with him. He was born on August 1st, 2001 in Heber Valley Medical Center to Brian Richards and Joanna Lamb. Michael was sweet, curious and a happy baby who captured our hearts from day one. His brother, Jack, was born when Michael was 2, and he quickly became his hero as the older brother and lifelong best friend.

Mike was a funny, charismatic, and active boy. He reveled in all sports, sport facts and was incredibly competitive. He loved being captain and making the rules. He enjoyed spending the summers with his cousins in NY where they would swim and make up sports and games.

As Michael hit his teen years, his unique personality started to shine. He was a music lover, collecting over 100 vinyls. His favorite musician was Kanye West. Mike was able to knock off a bucket list item when he saved up to see him live with his friend Jake in California. He worked for Mountain Town Music for over 4 years and became engrossed in all aspects of production and management. He loved live music and attended many concerts with his close group of friends and his brother and father. Michael certainly lived life by his own beat.

Michael thrilled in supporting his favorite soccer and football team. He often schemed to skip or stream those games during school so he wouldn’t miss a “Liverpool” game. He loved his time spent cheering for his San Francisco 49ers with his Dad and brother every Sunday. He was so looking forward to this season. He was passionate about Fantasy football, always the commissioner and planner for the league spending hours studying the players and statistics.

Michael was an excellent conversationalist, great debater and always ready to share his opinions. His Mom, Dad and Mary enjoyed lengthy talks with Michael about life and philosophy. He recently bought a new car which he loved, teaching himself to drive a stick in under a week. His competitive spirit enjoyed playing video games with his brother and friends.

He was the most loyal brother and cousin; always putting his family first. Michael was very polite, with a sweet soul and infectious smile. He has become a guardian angel to many including his Father Brian, Mother Joanna, Bonus-Mom Mary and Brother Jack. He also leaves behind grandparents: a Great Grandma Jo, Mike “Papa” & Mary Jo “Grandma” Richards and Kathleen “Nana” Lamb, special Aunt Bean, his 6 aunts, 5 uncles, 12 beloved cousins, 2 dogs, Viktor & Tucker, and cat Kalvin and an abundance of extended family. He is preceded in death by his grandfather, Dr. Bruce Lamb Jr. DVM and Uncle Britt. He also leaves behind a group of very close friends. He was deeply admired and considered an older brother by his brother Jack’s friends. Michael was deeply loved and will be missed.

There will be a celebration of Michael James Richards’ life on Saturday September 14, 2019 4PM at City Park 1400 Sullivan Road Park City, UT 84060. In Lieu of Flowers, a Scholarship has been created in Michael's name to provide students with the opportunities that Michael so enjoyed and to allow his legacy to live on! If interested in donating to the "Michael Richards Memorial Scholarship" please go to:

To order memorial trees or send flowers to the family in memory of Michael James Richards, please visit our flower store.
Send a Sympathy Card