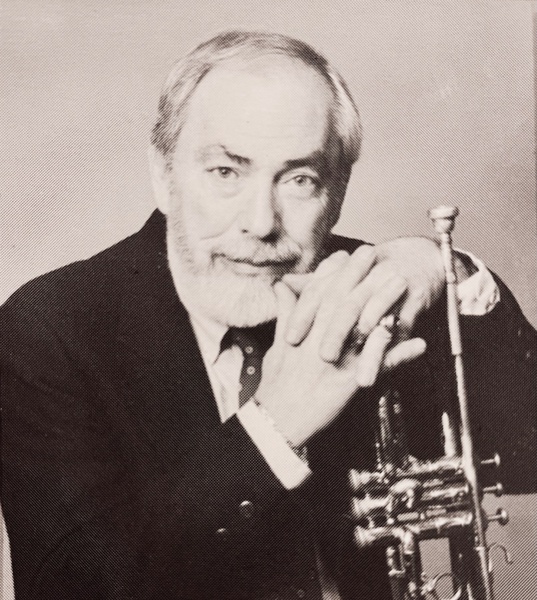 Born --- Died... for Mel, the dash between was a lifelong love of music. The night of his High School graduation, he jumped on the band bus and went on the road. Played in The Harry Collins Orchestra, 549th U.S. Air Force Band (at “Hill Field” where he played trumpet, wrote arrangements and led the dance band), then went out on his own.

He attended the U of U on the GI bill, studying music. Leading a number of bands over the years, his first focus was the 17 piece big band.

Most musicians need a 'day job.' Mel's was primarily in advertising where he won a number of innovation and performance awards.

In addition to music, Mel loved culturally diverse art, with a special affinity for African, Hispanic, Southwest and Native American art ,and loved all things western.

Though not much of an outdoorsman, playing golf was another way he loved to spend time. He could be found on the golf course whenever his schedule and back allowed.

Later in life, he developed a love of teaching. He taught many classes at the Bryman School. He delighted in his students, cherishing the "male chauvinist pig" awards they would lovingly give him at the end of a semester.

Special thanks to the staff at Cottonwood Creek and Inspiration Hospice for their dedicated caregiving.

No formal service is planned. Cremation has taken place and interment will be at the Veteran’s cemetery in Bluffdale.

To order memorial trees or send flowers to the family in memory of Millard "Mel" Eugene Hall, please visit our flower store.
Send a Sympathy Card