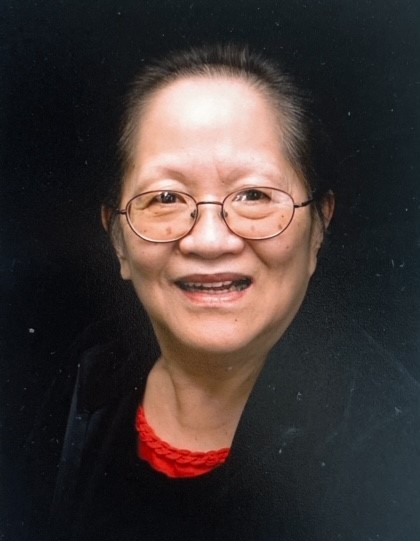 Heaven has gained our tiny singing angel, Myra Kawa, who passed away on Sunday, July 18 at age 86. She was born in Bingham, Utah, on May 28, 1935, to Hirokichi and Sato Kawaguchi.

Her father worked in the Bingham Canyon Mine, and Myra fondly remembered her childhood growing up in the canyon town that was centered around the famed copper mine.

Myra married the love of her life, Leo Kawa, in Ely Nevada, in 1952. Myra and Leo would move to Georgia since Leo was employed in the agricultural industry and worked in Gainesville, Georgia. They resided for many years in  Decatur, Georgia, where Myra gave birth to many of their seven children.

In 1974, Leo and Myra moved their family from Hot Springs, Arkansas, where they lived for a short time before moving back to Utah, where they both were born and raised. Myra became a widow at 48 years old and would live in Davis County, Utah, the rest of her life.

She was a loving mother to her many children, grandchildren and great-grandchildren.  She shared especially special relationships and loved spoiling Bridgett, Brandon, Ally, and Deanna. She would take Bridgett on weekly cab rides to the old Ogden City Mall for lunch at the Tiffin Room and shopping sprees at Nordstrom. Carl’s Junior was a favorite ‘date’ for her and Brandon.  Ally and Grandma loved getting their nails done and just spending many hours laughing together. Her and Deanna had a shared loved for sports including the PGA Tour Golf and the Utah Jazz.

She carefully planned her weekly outfits, dressing up for all holidays especially the red, white and blue ensembles she sported for the 4th of July. Her huge walk in closet filled to the brim will attest to her love of clothes, purses, hats, and jewelry. She cherished all holidays, but Christmas and her birthday were her favorites when she was lavished with gifts galore, the more the merrier

She enjoyed trips to Wendover to play the dollar slots, shopping, shopping, and more shopping, dancing, cooking – her love language for her children (yummy rice balls were a favorite), good Japanese food especially sushi and dining at Sizzler and Cracker Barrel. Myra had a passion for Scrabble that she shared with her children and watching game shows like “Jeopardy.”  She also loved ‘short’ family visits.

She enjoyed traveling, and visited the land of her ancestry, Japan, in 2006, and took a bus tour of Shizuoka Prefecture, where her parents were born, and took in a Japanese pro baseball game. She loved New York City, visiting Barry and Yumiko in Dallas and Cherilyn and Mike in San Diego.

For many years, she was a favorite at the North Davis Senior Center in Clearfield. She played a mean game of Bingo there and participated in their sing-alongs.

Music was an important part of Myra’s life. She enjoyed singing all the oldies from her childhood and went to see many of her favorite performers in concerts in Salt Lake City, including Diana Ross, Charlie Pride and Neil Diamond including winning a song contest where she was featured on the Jumbotron during a Neil Diamond concert.

She was preceded in death by husband, Leo, son Gordie, both parents, and brother Sadao and sisters Mary Tadehara (Yukiyei) and Ikuye Hirano (Henry).

We will miss our sweet happy mother and the “best Grandma ever” but she died on her terms, in her own bed, surrounded by her loving family, and was welcomed with open arms by our dad and her oldest son, Gordie, who she missed so very much.

Special thanks to Pheasant View Assisted Living and Apple Tree for their loving care and many games of Bingo and fun outings.

A celebration of life will be held with lots of sushi!

To order memorial trees or send flowers to the family in memory of Myra Kawa, please visit our flower store.
Send a Sympathy Card