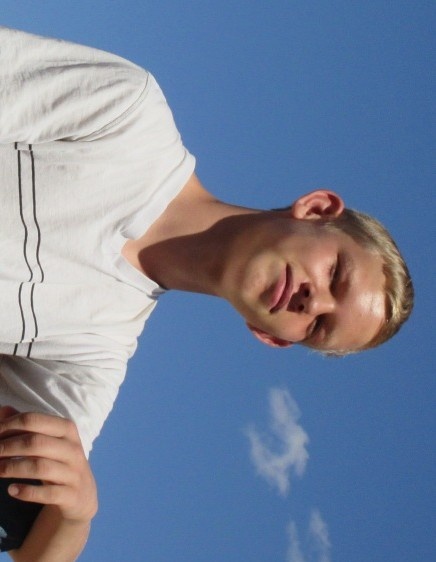 Best friend, brother to all, and an incredible example -- Noehren, affectionately known as “Dory”, was playing night games with his friends when he was hit by a car and pronounced brain dead the following morning, Sunday, September 17, 2017.  After donating his organs to help three others live and help many others improve their quality of life, he has returned to the arms of his loving father, Robert Carlyle Eggett.

Noehren was born March 6, 2004, in Palmyra, NY. Even from the beginning, his bright blue eyes were blossoming evidence of an intelligent and strong soul. He loved to create new things, such as Lego creations and woodworking projects. His main goal in life was to help others and to please his Father in Heaven.

Noehren had a strong spiritual side. He truly loved his Savior, Jesus Christ. He showed great evidence of this through his actions. Everywhere he went, Noehren was always serving others. When asked to do something, he would immediately jump to help. He served loyally as a Priesthood holder, and he was a wonderful example of valiance and standing up for right, even when things went wrong.

The family wishes to extend a special thanks to all those who have dedicated their time and attention to support them. They would also like to thank the many friends, neighbors and ward members who have shown unconditional love during this hard time.

To order memorial trees or send flowers to the family in memory of Noehren Robert Eggett, please visit our flower store.