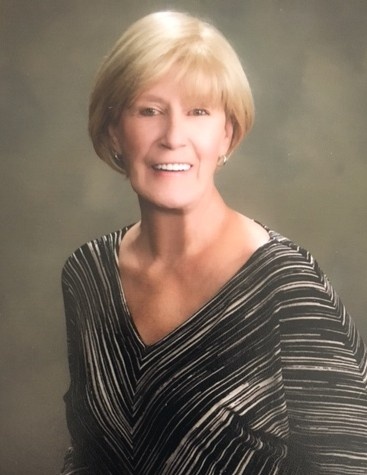 Pamela Lou Murano passed away peacefully on Sunday, July 2, 2017, at the age of 72 in her lovely home in Lehi, Utah. A two-time survivor of breast cancer, Pamela passed away many years after her third bout with breast cancer had metastasized to other parts of her body. Pamela was born on November 20, 1944 in Seattle, Washington to Erma Norman and Robert Elmo Murano. Pamela moved to Utah with her parents at the age of 1, where she spent her childhood. She attended Spencer Elementary School, Lincoln Junior High, and graduated from Orem High in 1963. Pamela attended college at Dixie in St. George, where she earned her Associates Degree. Pamela moved to California, where she went to work for Hughes Aircraft and took night classes in Criminal Justice. She met and married Rayburn Eugene Tilman, Jr. (“Gene”) in 1972. Pamela and Gene lived in Culver City, where they had a baby girl, Brandee Angelique Tilman. After taking some time off to care for Brandee, Pamela started her career in law enforcement working as a police officer for the Torrance Police Department, where she was one of the first female officers. She then went to work for the Santa Monica Jail, where she met her dear friend, Jackie Jones, and asked her to be Brandee’s godmother. Pamela and Jackie are still great friends today. Pamela then went to work for the Rapid Transit District in Los Angeles. Pamela and Gene later divorced and she continued to live in Culver City until 1984, when she moved back to Utah with Brandee to be closer to her family. Pamela worked at the Utah State Prison, where she became the first female K-9 Officer at the prison. Upon the retirement of her first dog, Shep, she asked to have a female dog, who she named Lulu. Pamela and Lulu were an inseparable dynamic duo and worked together for many years until Pamela eventually moved back to California, where she was hired on by a former colleague at the Metropolitan Transit Authority (“MTA”). During her time at MTA, Pamela served in many roles, including Security Manager, where she led a team of officers, and Manager of Risk Management’s Special Investigation Unit, where she investigated workers’ compensation claims.

Pamela was a strong, tough, and independent woman. She was wise beyond her years and inspired confidence among her family and friends. Pamela authored and published a book entitled What my mother never told me in 1994 to share the wisdom and lessons she had learned throughout her life. Just as she did in her book, she frequently shared supportive advice and encouraged her family and friends to be strong and independent. Pamela was loving and kind. She was also very generous, contributing to numerous charities, especially those that benefited veterans and animals.

Pamela retired from the MTA in 2009 and bought a new home in Lehi, Utah. For the next 8 years, Pamela spent time with her sisters, Debbie and Deanne, her brother, Rick, and so many more of her close and extended family members. She loved traveling to California to visit her grandson, Austen, and also having him up for visits even when he put his hot wheels cars in her VCR, only to be discovered when she tried to use it weeks later. Besides spending time with family, Pamela loved her politics. She enjoyed many afternoons watching Fox news and many late nights watching election results come in as the polls closed. If you ever wanted information on the country’s political landscape or a run down on what was going on in the world, Pamela knew it all at the tip of her tongue. In addition to politics, Pamela loved watching sports, especially Tiger Woods playing golf, the Colorado Rockies, and college football. However, most of all, Pamela loved spending time with her three dogs, Lewis, Clark, and Sacagawea, who she treated like spoiled children and adored more than words can say.

Pamela is predeceased by her parents, Erma Murano and Robert Elmo Murano and her grandparents, Lula and Joe Edholm, Nell and Bill Mattinson, and Leo Murano.

Pamela was truly loved and she will be greatly missed by her family and friends.

Though her body no longer walks among us, she continues to live on in each of us in memory, spirit, and in our hearts. She is now an angel watching over us, ever present, and ever smiling down from above. May her soul rest in peace and her spirit soar.

To order memorial trees or send flowers to the family in memory of Pamela Lou Murano, please visit our flower store.