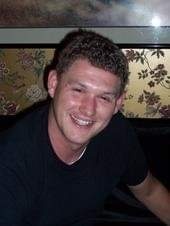 He was preceded in death by his beloved grandmother Bernice Jackson.

Pat was a unique and caring individual who touched the lives of all who knew him.

He married Rachael Earline Goldsmith on March 16, 2007 and was raising their three children who meant everything to him. His family was his heart and soul.

He was dedicated and so highly regarded by his employer Weed Man LLC.

Pat loved fishing, golfing, but mostly spending time with his family, especially teasing the heck out of his wife Rachael. He was quite the prankster who enjoyed making everyone laugh with that infectious laugh of his. There was never a dull moment with Pat. Anytime someone would go to Pat with a favor or question he would never turn them away but he would always reply, “ Yeah, you got 20 bucks?” He will be greatly missed and forever loved.

To order memorial trees or send flowers to the family in memory of Patrick Ryan Jackson, please visit our flower store.