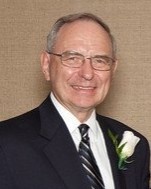 Philip Dale Baker, 78, passed away unexpectedly on September 18, 2017 at his home in Sandy, UT. He was born in Lethbridge, Alberta, Canada to Roscoe Stringham Baker and Mary Allred on July 28, 1939. He graduated from Citrus High School in Glendora, CA and began attending the nearby Citrus Junior College in 1956. It was there that he became friends with a beautiful young woman named Joanne Lee Monroe. He was privileged to baptize her as a member of the Church of Jesus Christ of Latter Day Saints in 1958. They soon fell in love and were married on August 20, 1960 in the Los Angeles, California LDS Temple.

He received a Bachelor of Science degree in Engineering from the University of California Los Angeles (UCLA) in 1960 and later received a Masters of Arts degree in Business Economics from the Claremont School of Politics & Economics in 1970. Phil spent the early part of his engineering career in Southern California working for Aerojet General in Azusa working on projects for the Gemini and Apollo space programs, testing and blowing up rocket motors. Phil then took a job with the Smith Meter Division of A.O. Smith and soon moved to Erie, PA in 1971 where they raised their four children.

Phil spent over 30 years engineering and marketing petroleum metering equipment, and teaching globally about the metering of liquid fuels. One of the most famous and accurate meters used in the transfer of crude oil and refined fuels was the Smith Meter “PD Meter.” For a long time, at least one of his children thought this meter was actually named for him, since he always signed his name, “PD Baker.” We were all disappointed to learn that it actually stood for “positive displacement” meter. As a world authority on fuel metering, he was an active member of the American Petroleum Institute’s Committee on Petroleum Measurement and was awarded its Citation for Service in 2007, in acknowledgement of distinguished and meritorious service for his many contributions to the programs of the Institute.

After nearly 34 years of marriage, his wife Joanne suddenly passed away on April 17, 1994. Though devastated by her loss, Phil was fortunate to soon meet and marry the second girl of his dreams, Karen Christiansen. He and Karen were married in the San Diego, California LDS temple on November 1994. Karen had four amazing children whom Dad loved as if they were his own.

Following his retirement from Smith Meter in 2002 as Vice President of Sales and Marketing, they moved into Karen’s home in Melbourne, FL. They thoroughly enjoyed their time there until the draw of many of their children and grandchildren living in the West led them to their new home in Sandy, Utah. Splitting his time between Florida, Utah and sometimes New York, Phil continued to consult for Smith Meter on engineering projects for several more years. Eventually, he found a new passion in micronutritional health products and recently started two new companies to promote the sale of Engage Global’s MMF micronutrient supplement to raise funds for Veteran’s posts.

Phil was a leader in his church and served actively until the very end. He touched so many lives by simply being interested in them, being concerned for their circumstances, being willing to raise his hand and help solve problems, and enthusiastically encouraging those he influenced to be faithful and worthy of the guidance of the Holy Spirit. He led by example and faced adversity with optimism and gratitude for his blessings. One of his best memories of church service came while serving as the first president of the LDS Erie Pennsylvania Stake. Most of the members of that stake came from very humble circumstances. However, as a result of their sincere faith, prayers, and enormous personal sacrifice, they were able to raise a seemingly impossible assessed sum of over forty thousand dollars in just six months towards the construction of the Toronto, Canada LDS Temple.

A memorial service for Phil will be held 23 September 2017 at the Midvalley 5th Ward 1175 E 7800 S, Midvale, UT at 11:00 AM. There will be a visitation at the same location from 10:00 to 10:45 AM. In lieu of flowers, Phil’s family has asked that those interested please consider giving a donation to the LDS Humanitarian Fund or to Hurricane Irma Relief. Phil was always more concerned about the plight of others and had a special interest in helping his former Floridians and islanders that have suffered so much from the recent natural disaster. Phil will be laid to rest next to his beloved wife Joanne at Laurel Hill Cemetery in Erie, PA at a date yet to be determined.

To order memorial trees or send flowers to the family in memory of Philip Dale Baker, please visit our flower store.