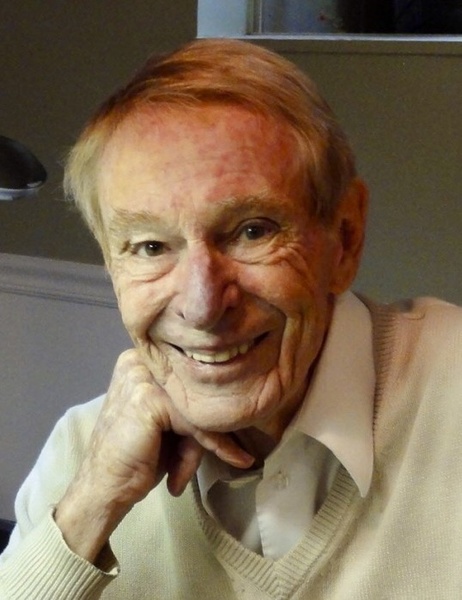 Philip Fisher Barlow passed away on October 4, 2018 at the age of 85. He was the adored only child of Philip Madison and Irene Howard Barlow, and was doted on by his grandmother "Nana" Julia Jensen Fisher.

As a boy, he discovered his talent as an artist and his love for aviation, spending hours drawing pretty girls and airplanes. In his teens, he embarked upon two more life-long passions: he bought the first of many cars, and he met the love of his life Mary Elizabeth (Bettie) Byerline.

He attended the University of Utah, where he was active in the Lambda Chi Alpha fraternity and graduated with a B.F.A in 1955. His plans to open his own graphic design firm were foiled when he was drafted into the army, but two years of service were eased by the presence of his new bride Bettie.

After a posting in California, they returned to Salt Lake City in 1957 and Phil finally began his career. He founded Philip Barlow Design specializing in corporate identity, packaging and annual reports. This was during the "Mad Men" era of jackets and ties and two-martini client lunches. He loved his work and often said that Mondays were his favorite days of the week. He closed the business in 1997.

Phil was a prolific artist throughout his life. He served as President of the Utah Watercolor Society, exhibited his acrylic and oil paintings in galleries in New Mexico, Wyoming, California and Utah, and mentored his daughter Liz in her art career. He indulged his passion for flight by becoming an accomplished builder of model airplanes, flying his planes with a local club. He was an avid fly fisherman and relished fishing with his son Pat at Smith and Moorehouse. In later years he "honed" his skills at golf with a group of friends who titled themselves "The Order of the Divot." Phil and Bettie led an active social life: they were members of the Third Saturday Night Dance Club, regularly attended the theater, opera and ballet, and entertained their wide circle of wonderful friends.

Until the last week of his life, Phil sat each evening in his Holladay home with his beloved Bettie and toasted the day with a "Jack and a Splash." He is survived by daughter Elizabeth "Liz" Barlow ; son-in-law Stephen McClellan; son Patrick Barlow; daughter-in-law Suzanne Barlow; grandchildren Christian Barlow and Carli Barlow; and his wire-fox terrier Emma. A celebration of Phil's beautiful life will be announced in the future. Condolences may be shared at Serenicare.com

To order memorial trees or send flowers to the family in memory of Philip Fisher Barlow, please visit our flower store.