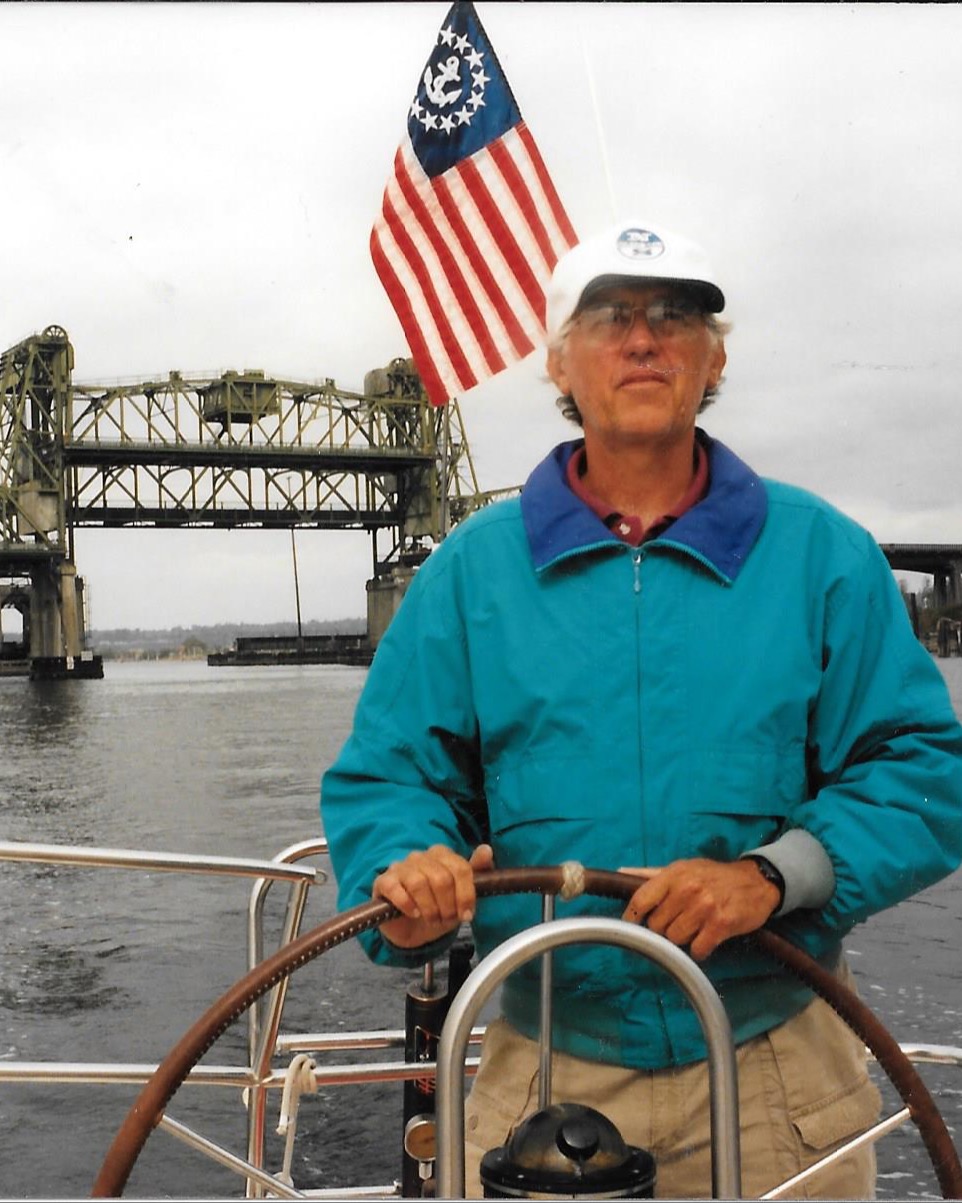 Park City, UT – Ralph Don Hottinger. age 80,  passed away at home.   Ralph was born in Salt Lake City and grew up in the Millcreek area,  He graduated from Granite High and attended the University of Utah.   He moved to the mountains surrounding Park City at age 27 and lived the majority of his life in the Hidden Cove community.  He loved the mountains and all the animals living in the forest.  Mostly enjoyed the special moose visits.

Ralph was an avid sailor.  He bought a small sailboat in 1967 and had several boats before acquiring his beloved boat, the HotDinger.  He sailed and raced mostly at Bear Lake, but also had the opportunity to sail on San Francisco Bay for 8 years and the SanJuan Islands for 5 years with the same boat.  Lots of adventures and memories.  He was an integral part of the Bear Lake Yacht Club, and so enjoyed all the friends and camaraderie with all boaters.

Ralph had a successful career with Hartford insurance.  He was the claims manager for 24 years in Salt Lake City, Boise, Sacramento, and San Francisco.  He retired when he was 52, returned from CA back to his treasured Hidden Cove where he built a second home.  He had a strong work ethic and always active in civic and charitable organizations.

His passion for the mountains and wildlife led him to be a co-founder for the non-profit organization (Save People Save Wildlife).   He worked with UDOT officials & committees to establish wildlife fencing along I-80 and ensured the wildlife crossing bridge over I-80 was constructed.

He loved European cars and had many adventures driving them.  The 1962 Triumph TR-4 was his favorite.

In lieu of flowers, please consider a donation in memory of Ralph to Save People Save Wildlife (6300 Sagewood, Suite H #647, Park City, UT 84098), or to Bear Lake Watch (blue@BearLakeWatch.com).

A celebration of life will be held at a later date.