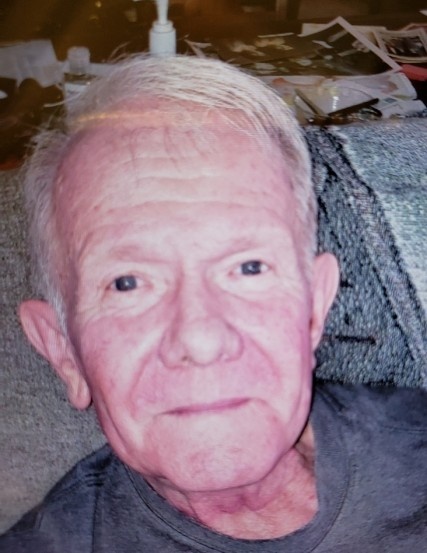 Ray Ernest Demke passed away peacefully on May 4, 2021, with his family, after dealing with an onset of dementia for many years. He was born in SLC, Utah on May 6, 1947 to Edmund and Myrtle Demke as the fourth of six children.  Ray had six children with his first wife Carla; Lisa, who died after birth, Erik (Shari), Jayson (Erin), Shane, Nicole (Shane), and Alicia (Christopher).  19 years ago, his beloved wife Joan brought two more boys into the family; Zack (Carrie) and Shane. Yes, that made three Shane’s at family gatherings! From these children Ray adored the company of 17 grandchildren with whom he had special and individual bonds.

Dad served an LDS mission in Sidney Australia, after which he joined the Marines.  He served each of those endeavors with all his heart – that and Coke.  Anything he ever wore was related to or had something to do with Coke or the Marines!  He was a faithful member of the LDS church, Dad served in the a couple of Bishopric’s, one in the singles ward and then his home ward up until a couple years ago when his mortal body just wouldn’t let him anymore.  Dad also had a tremendous love for the Temple, and was regularly found serving inside those walls with his beautiful wife, his family and friends.  He worked in several industries including, paint, tires, and electrical, but for the most part he was an overall great handyman to have around.  He fixed it all!  And he jumped on any occasion to help someone in need of his skills.  He served everyone. He had compassion for what they were going through and he did something about it.  He was a quick friend to all and he kept them through a small handful of quick witted and funny jokes, which he told over and over, cracking himself up every time.

Dad’s family was his world. He nicknamed his grandchildren, took them to special places for their birthdays, and loved being around them, laughing, teasing, and hugging them.  He loved BBQs with family. Give him a coke and a steak and he was content.  As time went on, he spent more time watching his movies. His kids and grandkids would sit and watch with him. They loved those times together.

Services will include a viewing on Monday, May 10th from 6:00-8:00pm at the McKinley Ward (1883 South West Temple, SLC, UT). The funeral service will be on Tuesday, May 11th, from 11:00am to 12:00pm also at the McKinley Ward.  He will be laid to rest at the Utah Veterans Cemetery and Memorial Park next to Camp W.G. Williams in Bluffdale Utah.

To order memorial trees or send flowers to the family in memory of Ray Ernest Demke, please visit our flower store.
Send a Sympathy Card