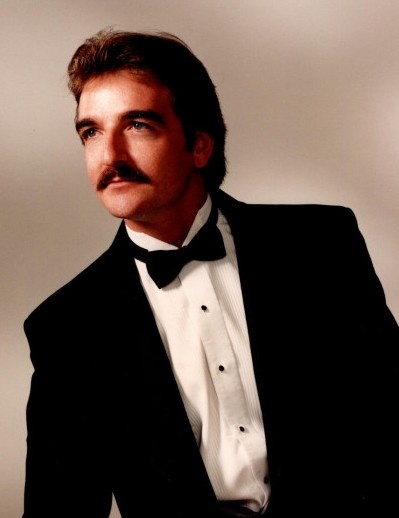 Ray Gelhard, 57, a longtime resident of Layton, Utah passed away on March 6, 2019 at his home surrounded by his loving family. He battled Multiple Sclerosis for 23 years and fought with strength and determination. He volunteered daily at Savannah’s elementary school by reading to the students which resulted in a nomination from Gayle Whitesides and Liz Buchanan to the Hometown Hero Award. Ray was honored with the Hometown Hero award in 2006.

Ray was born in Moses Lake, Washington to Eugenius and Rosemarie Gelhard on April 5, 1961. Most of Ray’s young life was filled with traveling around the world with his family due to his father’s active military service. Living in Iran, Canada, Washington, Texas, California and Utah. Ray was on the Clearfield High swim team as a competitive swimmer. He graduated from Clearfield High School in 1979 and began working as a Manager for Arctic Circle, Warren’s, and Wendy’s. Ray graduated from Weber State University with a Bachelor’s Degree in Business Management.

Ray married Shawna Jones at La Caille on September 7, 1991 and the couple had two amazing children, Savannah and Emma. He worked for Tony Roma’s as a General Manager never missing a day of work . Even after he was diagnosed with Multiple Sclerosis he attended work daily despite the difficulties of his disability. His hardworking personality motivated him to support his family in spite of the illness.

Ray was an avid skier and a ski instructor for Powder Mountain. He loved the outdoors and fishing. Frequently, Ray and his friend, Mike Smith, would fish the Ogden River together. He was a skilled fly fisherman and learned to tie his own flies to fish with. Other fisherman at Yellowstone National Park would stop in awe and ask to watch him cast. Ray would pick up his kids from school in his wheelchair and take the time to pull their bikes off the bike rack and talk with the other parents. As a family we traveled to Disneyland, Sea World, Universal Studios, Yellowstone, Hawaii and Jackson Hole striving to live life to its fullest.

The family would like to extend a special thanks to Mackenzie Preator and staff at A Caring Hand, Dr. John Foley M.D., Dr. Ted Burningham M.D., Dr. Patrick Kendall M.D. and Community Nursing Services Hospice.

In lieu of flowers, please donate to the National Multiple Sclerosis Society to find a cure. “ Life is not about waiting for the storm to pass, but learning to dance in the rain.”

To order memorial trees or send flowers to the family in memory of Ray Gelhard, please visit our flower store.