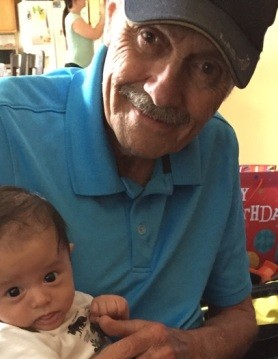 Richard Dean Allen died on October 22, 2017, at McKay-Dee Hospital in Ogden. Richard was born to Dean Kimball and Jessie Hawkins Allen on April 5, 1947 in Queens, New York. He married Elaine Cook on September 16, 1972 in Elko, Nevada.

A graduate of Ben Lomond High School, Richard served in the Marines from 1965 to 1968 and attended Weber State College. For 33 years he worked at Hill Air Force Base. He enjoyed drawing and going to hockey games. He loved spending time with his family, especially his great-grandchildren. He looked forward to the yearly trips to Las Vegas.

A special thanks to Dr. Ramsey and nurse, Brooke at Mckay-Dee Hospital for the care of Richard and his family.

To order memorial trees or send flowers to the family in memory of Richard Dean Allen, please visit our flower store.
Send a Sympathy Card