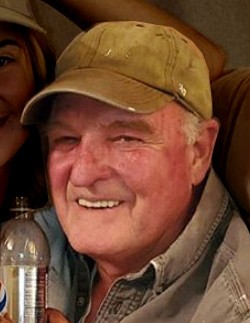 Born April 16th, 1954 in Milford Utah, where he attended school, delivered papers, worked at the local grocer, played football and won the hearts of his home town with his beautiful baritone singing voice.

Richard served an LDS Mission in the Illinois Chicago Mission where he assisted the mission presidents in spreading a love of the gospel using his entertaining personality. He inspired over 200 missionaries to spread the gospel with love and laughter. He met his future wife, Kathleen Peterson, also serving in Illinois and they were married in 1977 in the Salt Lake Temple and became the proud parents of two beautiful daughters, Emalee Elizabeth Easton and Elise Elizabeth Easton.

"Rich" as he was affectionally called had the unique ability to make everyone smile. He served his church and community continually throughout his life. He was the light and love of his two daughters. There are many among us that attribute their ability to cope with life's trails because of his helping hands and willing heart to do for others.

Rich performed often in Musicals and singing groups including BYU a cappella Choir and as a singing Santa Claus. He sold furniture for many years in Provo, SLC and Tooele and was greatly missed when he gave his efforts to the service industry. Tooele's local taxi service and UTA Flex driver.

For the last 20 years Rich adopted Tooele for his new home town and will be remembered by many in that community for years to come.

Richard's legacy will be his ability to reach out to anyone in need and try to lift them up often not thinking of his own needs. He had a strong faith in Jesus Christ and many times said he would cherish the day when he would "return and report".

He successfully came through hard times always determined to learn from and share the lessons learned with his family, friends and often times with strangers who needed a second chance.  His dream in life was to see his girls happy, healthy and strong. He was so proud of them.

He will be remembered for his jokes and stories always leaving his family and friends with smiles. His desire to serve will be remembered by many for generations.  There are lyrics in a song he often sang that we believe would be his message to us now at his passing.

Light up your face with Gladness

Hide every trace of sadness

Although a tear may be ever so near

That's the time when you must keep on trying

Smile what's the use in crying

You'll find that life is still worth while if you just smile.

Funeral services will be held at 1:00 P.M. Saturday, February 15, 2020, in the Roxborough Park Ward 3120 W. 4700 S. West Valley Utah. A viewing will be held at the church on Saturday beginning at 12:00 P.M. His daughter will be holding a celebration of life for him Saturday evening at her home, 2975 Sussex Place West Valley at 6:30 PM. Interment will be held on Sunday in the Milford Cemetery

To order memorial trees or send flowers to the family in memory of Richard Edward Easton, please visit our flower store.
Send a Sympathy Card