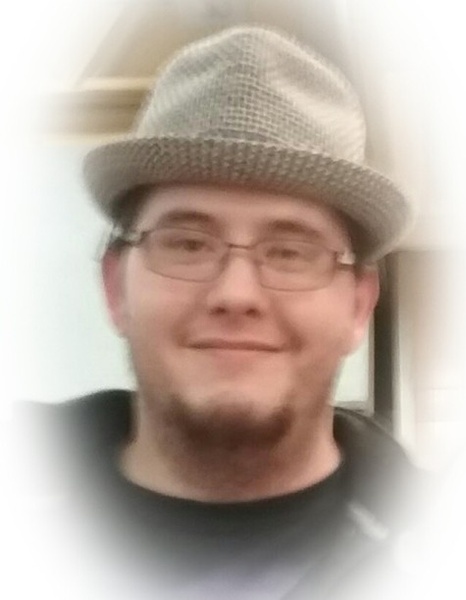 Robert Joseph Candelaria beloved Son, Grandson, Cousin, and Nephew Came to us on a beautiful day in June. Robert is the Son of Billy August Candelaria and Angela Ernstsen Candelaria.

He was a great Joy to all those around him. He was very busy as a little boy, loved to swim, ride bikes, and spent many hours with his friends. He attended Oakwood Elementary , Bonneville Jr High, and Cottonwood High School. Attended SLCC for a short time.

Robert worked various jobs. He enjoyed working with Western Foods. Working concessions at Major events he could walk around the “Cons” and conventions meeting people and seeing the costumes. He worked at Smiths Deli and Starbucks as a Barista. He loved his Smith’s Family. They watched over him and were always concerned with his health.

Robert loved his cats “Cracker” and “Bunny” and playing video games. He was a bit of a Foodie Liked to eat, cook and try new recipes. In the last two years Robert and his Girl Friend Vickie Bowden Enjoyed Movies, Games, and Cooking together.

Robert's health was declining. He had respiratory difficulties, Blood Pressure, Liver complications. He was Admitted to University Hospital on the 29th of October with a Massive Infection that sent the body into shock and shut down his major organs. He passed away on November 1st at 11:59 pm. His Smile and personality will be missed by all who knew him.

A Celebration of Life will be held November 16, 2019 at Robert’s Aunt’s home at 3520 West 4850 South At 2:00 pm The Family would like to thank University of Utah Hospital and special thanks to the MICU for all the care and comfort they provided Robert and the Family.

To order memorial trees or send flowers to the family in memory of Robert Joseph Candelaria, please visit our flower store.