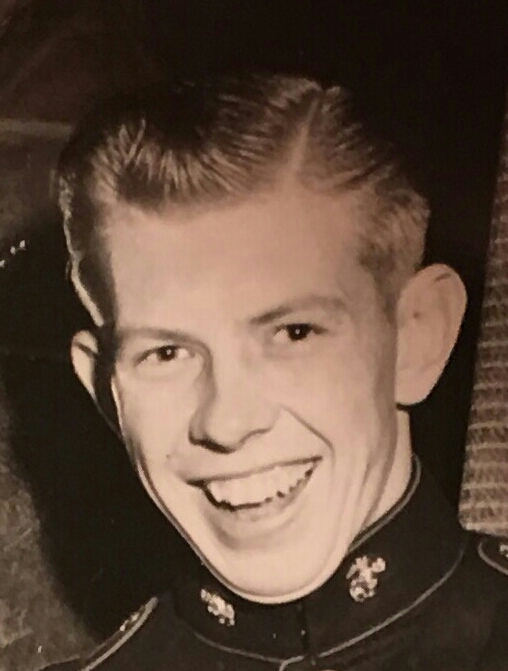 Captain Roger Eugene Carver, 80, passed away on December 12, 2016. A retired “mustang” captain and veteran of the Vietnam War.

Roger was born on November 11, 1936 in Middleton, Ohio to Herman and Ruth Carver. As a teenager, he was very involved with the Boy Scouts, eventually achieving the rank of Eagle Scout. This was a great source of pride throughout his life.

In 1953 Roger joined the United States Marine Corps commencing an impressive 20 year career. In 1957 he was stationed in Tokyo, Japan where he met and married Deborah Yuriko Kasuya. Over the ensuing 15 years he was stationed in such locations as: Parris Island, South Carolina; Camp LeJeune, North Carolina; Bethlehem, Pennsylvania; El Toro, California; Vietnam; and Kaneohe, Hawaii.

In 1973 Roger was stationed in El Toro, California where he chose to retire. He obtained his AA degree in electric engineering and began a career in electronics from which he retired in 2002.

In 1992, while employed by Standard Communications, Roger moved to Salt Lake City to set up their offsite repair facility. He loved Utah. It was in Utah, at the age of 56 that he discovered snow skiing. He could be found on the black diamond slopes of the local resorts from opening day to the last run of the season. He also became an avid golfer, enjoying the links anytime the weather permitted.

A self made man, as evidenced by his “mustang” path to becoming an officer, Roger developed many passions and interest through the years. While stationed in Tokyo he discovered the sport of Jiu Jitsu. He was a natural and quickly advanced to the level of brown belt in a country that took such national pride in their sport that they didn’t allow non-Japanese to attain black belt status. After returning to the U.S. he spent much time teaching and demonstrating his new favorite sport.

He loved the ocean and while stationed in Hawaii he became certified in SCUBA. Every weekend he’d be off spear fishing, collecting shells and honing his underwater photography skills. This love of diving took him to Honduras and Cozumel which were highlights of his diving career.

Roger was a sports enthusiast, bowling and playing racquetball competitively, long distance cycling and watching his Cincinnati Bengals on a Sunday afternoon.

He is survived by his wife Debbie; his daughters: Terry Sneddon, Tina Steele, Tammy Carver and Toni Carver-Williams; sister, Beverly Fooce; and 5 grandchildren: Kyla, Terrence, Tanner, Kacy and Roman. He is preceded in death by his son, Roger Junior.

To order memorial trees or send flowers to the family in memory of Roger Eugene Carver, please visit our flower store.
Send a Sympathy Card