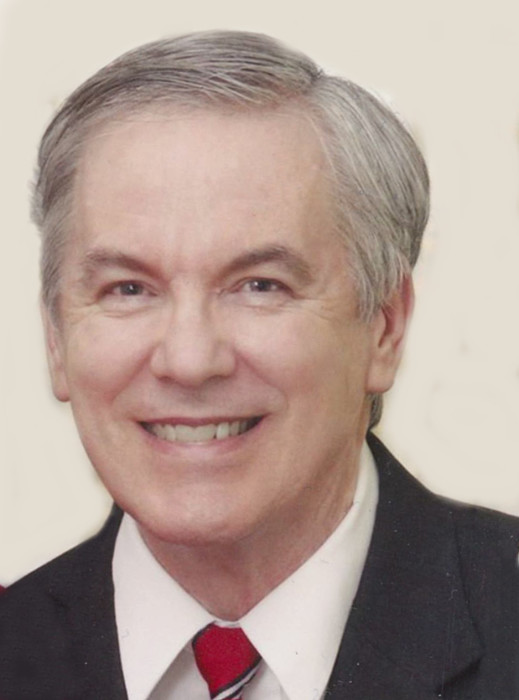 Ronald Chester Arnett was born on October 20th, 1942 in Salt Lake City, Utah to Arnold and Norma Arnett. He was premature and spent the first several weeks of his life in an incubator. As a young boy, he was cross-eyed. At the age of nine, he had an operation to shorten the muscles on the outsides of each eye so as bring them back to center. Later, he would have to wear a patch over one eye in order to help correct his vision in the other.

Despite these challenges, Ron loved his childhood in Salt Lake. His father drove a beloved beige Oldsmobile, which he called “Nonny” because whenever his mom saw it pull into the driveway she’d say, “Honey's home!” Ron heard “Nonny,” though, and thought she was referencing the car, so he’d run out and pat the Oldsmobile to welcome “Nonny” home. Ron’s quirky sense of logic also manifested itself early on, as one of his mother’s favorite stories about him was when she found him, at the age of four, with one of their cats trapped on a stair against the riser. He was trying to bite it. When questioned as to what he thought he was doing, little Ron said, "Well, it bit me!"

Later, Grandma learned that Ron had been “bathing” the cats in their old Speed Queen washing machine in the basement and was planning on putting them through the ringer in order to “dry” them, which is how he’d gotten bitten in the first place. Poor cats!

Ron and his older brother Kent were a team and got into many childhood scrapes. There was a movie theater about three miles north of where they lived, and every Saturday morning, for nine cents each, you could see five cartoons and an episode of a Western TV series: Hopalong Cassidy, Roy Rogers, Gene Autry, or the Lone Ranger. Each episode would end on a “cliffhanger,” to be continued until the following week, so every Saturday all summer long, Ron and Kent would catch the trolley to the movie theater and back. This explains my dad’s life-long affinity for spaghetti westerns. Once he found something he liked, he stuck with it.

Another time, when Ron was two or three, his mom dropped him off at his aunt Marie’s house to be babysat. She kept trying to take his coat off to make him more comfortable, but he would have none of it, holding onto to the sleeves so tightly she wasn’t able to wrangle him out of it. (For those of you who knew my Great-aunt Marie, she was a tiny woman with a humped back due to a childhood accident—no match for Ron’s stubbornness.) Again, when Ron found something he liked, he stuck with it.

At the age of ten, Ron moved with his family, which now included Kent, Ron, their younger brother Wayne and newborn sister Vicki, to a ranch outside of Kalispell, Montana. There, the family raised sheep and cattle, had a logging operation, and cut Christmas trees in the fall. They even had their own Arnett-family cattle brand: A, Lazy A. The boys attended school in a one-room school house, heated by a pot-belly stove, where there were eight grades but only seven students (and apparently three of those students were Arnetts!). This sounds idyllic, but ranch life was filled with heavy labor for the boys, including 2 a.m. feedings of newborn lambs whose mothers had abandoned them as well as cutting and peeling trees to produce fence posts. And, of course, there was the cold. Kent says he remembers that one night the thermometer that hung in the kitchen window outside the house read minus 47 degrees. My dad used to tell us, “You don't know what cold is until you go outside and your nose hairs instantly freeze together.” He was also fond of that joke where you tell your kids that back in your day you had to walk to school in six feet of snow, uphill, both ways -- but in his case it was basically true!

Five years later, the family moved into the city of Kalispell proper, where the youngest son, Doug, was born. There, Ron attended Flathead High School, playing trumpet in the marching band. He graduated at the age of 17 and started at BYU that fall. Kent was already attending BYU, and they roomed together in a basement apartment of a house near campus.

Three years into his chemical engineering program, Ron submitted his papers to serve an LDS mission and was called to serve in the Mexican Mission with headquarters in Mexico City. His brother Kent had been called to the West Mexican Mission with headquarters in Hermosillo. This upset their mother because she’d received a spiritual impression that her sons would serve in the same mission. As directed, Kent entered the Language Training Center in Provo four months prior to Ron; however, those called to the West Mexican Mission were unable to obtain their visas. Thus, after remaining in the Language Training Center for four months following his formal training, Kent was transferred to the Mexican Mission. So their mother was right after all. (As mothers always are!) For the last three months of their missions, Ron and Kent were companions in Guadalajara. My dad and Kent used to claim that they are the only brothers who flew to the field on the same plane, were companions during the mission, and flew home on the same plane -- for all I know, they're right!

A year after after returning from his mission, while continuing to work towards completing his 5 1/2 –year chemical engineering degree, Ron met a fellow BYU student named Mary Gene Hadfield while tossing a football around in the street with his roommates. It was the fall of 1967, Homecoming week, and one of Ron’s roommates who was in charge of the decorations for the dance brought home some leftover mums so that his friends could use them to ask dates to the big football game. Ron used his to ask Mary. She didn’t like football, but she kind of liked Ron, so she said yes.

Their next date was a hike to the ‘Y’ on the hillside above campus. On the way back, Ron suggested taking a shortcut, which had the effect of getting them thoroughly lost. He was sweating bullets by the time they finally made it back down the mountainside because they couldn’t find where he’d parked the car. Here he was, trying to impress this girl, and he looked like a bumbling idiot! When they turned the next corner, though, there was the car, and Mary burst out laughing. It was at that point that Ron knew she was the one.

Ron and Mary were married on January 24th, 1968 in the Idaho Falls, Idaho temple. They’d been married for less than two months when Ron received a draft notice for the Vietnam war but was able to defer because he was enrolled in an engineering program. A little more than a year later, their oldest daughter Lisa Marie was born, followed over the years by Jeffery Ronald, Mari Elaine, Teresa Lynn, Bruce Alan, Kathryn LeAnn, and Janae Christy. Upon graduating from BYU, Ron accepted a job offer with Battelle, a private Science, Engineering, and Environmental company that did contract work for the U.S. Department of Energy and other entities. He and Mary settled their family in Richland, Washington. Early in his career, Ron worked on generating chemical data for waste water treatment plants. Notably, he spent six weeks living on a Battelle compound in Maracaibo, Venezuela to aid the work on one of the country’s waste water treatment plants and to use his fluency in Spanish to communicate with the local employees.

Over the years, Ron worked on various other projects, including ones for the nuclear industry. In Washington, he was part of the Basalt Waste Isolation Program, a project that conducted tests aimed at siting a safe and isolated repository for irradiated fuel and other waste produced by the Hanford Nuclear Reactor. After congress canceled that project in 1987, Ron and Mary moved their family to Idaho Falls, Idaho, where Ron worked for the Idaho National Engineering Laboratory. Specifically, his role was to test groundwater for signs of radiation and to make computer models of underground sites to determine if any contamination was nearing the aquifer.

On September 12, 2001, Ron was diagnosed with Progressive Multiple Sclerosis. After a protracted battle with the disease, he passed away peacefully on December 16th, 2016 in his home in South Jordan, Utah. He was a devoted father, husband, and grandfather as well as a voracious reader, history buff, and lifelong fan of BYU’s football team. Ron had a wry sense of humor and a keen appreciation for the absurd, but he he also loved the gospel and embodied an unwavering faith in his savior, Jesus Christ.

To order memorial trees or send flowers to the family in memory of Ronald Chester Arnett, please visit our flower store.