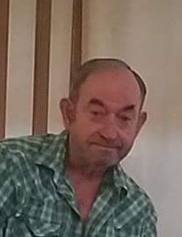 Beloved Dad and Grandpa Ronnie B. Duncan, age 73 of Evanston, Wyoming died on December 9, 2019 at the University of Utah Medical Center. He was born in Danville, Kentucky  on August 17, 1946 to Raymond B. Duncan and Hazel Adams. He attended Danville High School.

During Vietnam Ronnie served in the US Army Infantry and was stationed in Germany. After his service in the Army he worked in the oil fields, working for Baker Hughes for more than 30 years. He was often found at the Rec Center. He enjoyed chinook salmon fishing, playing chess, and solitaire. It is said that his first love was gambling in casinos and the lottery.

A memorial service for Ronnie will be held at 4:00 PM on Saturday, December 14, 2019, at the Calvary Chapel, 211 Overthrust Road, Evanston, Wyoming.

To order memorial trees or send flowers to the family in memory of Ronnie B Duncan, please visit our flower store.
Send a Sympathy Card