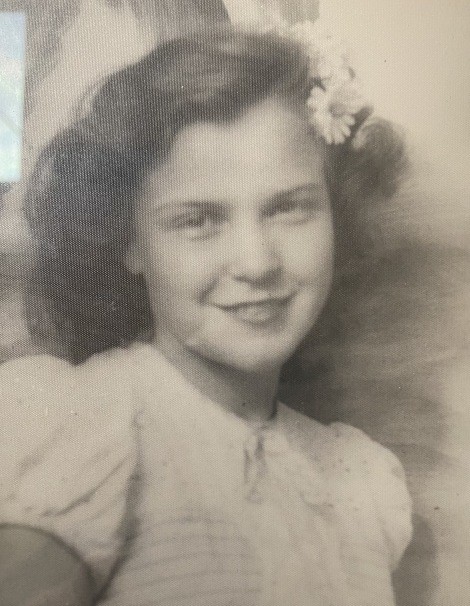 Rosene Faye (Spieler) Nelson, was born August 2, 1928, to Henry and Irene Spieler in Boise, ID. She was one of 7 children. Married Val E Nelson January 17, 1947 in Boise Idaho. They moved to Taylorsville, UT where they raised their 2 sons. They shared 65 happy years together until his passing in 2012.

Rosene and her siblings were extremely close. They put together family reunions every other year for many years, which not only kept them close, but held their large extended family together. They had their own silly language and giggled constantly while reminiscing their childhood and special memories.

Rosene loved classical music, baking, coffee, reading and camping. Her greatest joy was her family. Especially her grandchildren.  She was immensely proud of each of them.  Rosene had a sincere and deep relationship with God. She shared her love for Jesus with anyone who would listen. Even as her memory faded she made sure to tell everyone how important He was to her. One thing we will miss the most is her sense of humor. Even though her last years were spent in memory care she kept her family and the staff laughing.

An informal celebration of Rosene will be held graveside at Murray Cemetery, August 19, 2021 at 11 am. We would like to extend a special thank you to the kind staff at Wentworth Draper for their gentleness and great care. A very special thank you to Ashley her hospice nurse who became part of our family in her later days. She and Rosene had a special bond for which we will forever be grateful.

To order memorial trees or send flowers to the family in memory of Rosene Faye Nelson, please visit our flower store.
Send a Sympathy Card