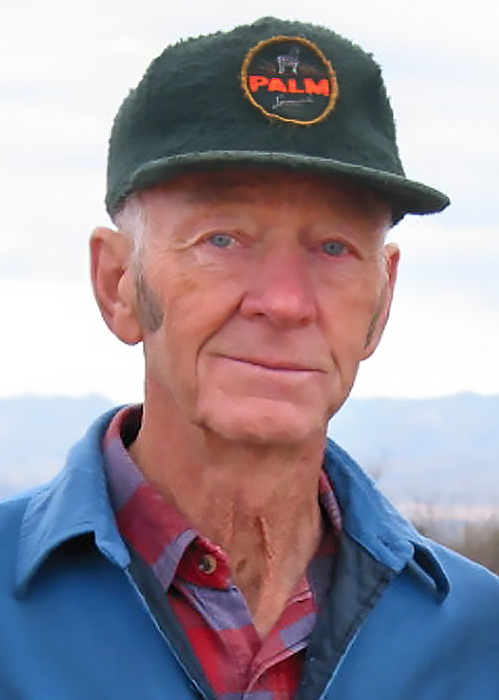 A brief and informal memorial will be held on January 21st at 11:00 am to 12:00 noon in the Relief Society room at the Waterfall Canyon LDS Ward at 3254 Polk Avenue, Ogden, Utah. All are welcome.

Russ was one of eight children born to Russell Fargo Worrall and Anna Leone Crittenden Worrall.  From age 12 to 18 he lived and worked on his grandparent’s farm in Hoystville and learned the value of hard work.  Typical days would be waking up at 5:00 am and milking cows before catching the school bus. He enjoyed playing football after school and could still be home by 5:00 pm to milk cows, feed calves and other chores. At age 14 he bought his first car, a 1931 Model A Ford convertible coupe for $100.  He graduated from North Summit High School in 1947.

He joined the Air Force in 1949 and served during the Korean War. He was stationed in Nome, Alaska then Johnson Airbase in Japan.  In 1954 he married Dwan Boyer Hopkin, worked as a trooper for the Utah Highway Patrol and started a family.  Dad had an excellent work ethic.  He built his own home in Ogden and later a beautiful pond property and home in Mountain Green where he and Dwan raised their three children. He could build and/or repair anything! Aviation was his life long hobby and he built and flew sailplanes and a Vans RV-6 two-place power plane.  He loved his family, a good morning coffee session on the porch overlooking the pond and pasture in Mountain Green, and observing nature.

Dad, you will be sorely missed.  Thank you for being our father, mentor, friend and guiding light.

To order memorial trees or send flowers to the family in memory of Russell Leon Worrall, please visit our flower store.
Send a Sympathy Card