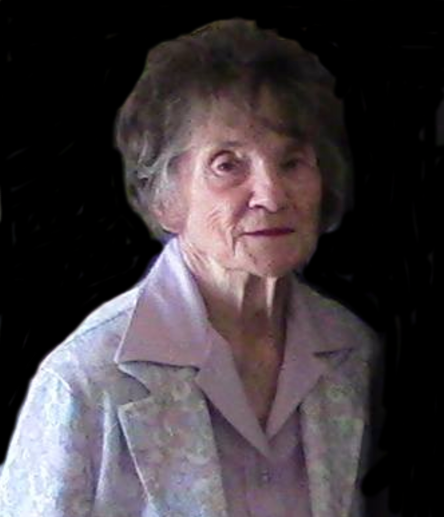 Ruth Christina Willden Larsen, 85, daughter of Rulon Zufelt Willden & Annina Bankhead, passed away April 27, 2017, in Payson, Utah in her sleep. She was born in Moab, Utah on July 22, 1931. In her younger years she was afflicted with rheumatic fever, which put her behind in her studies and, as a result, she was never able to finish school. She was raised in a home with dirt floors. One of her chores was to sweep the floors and hang the rugs for cleaning, which she continued to do until the family moved to Utah Valley. As Chris (the name by which she preferred to be called) progressed in her youth she learned from the example set by her mother of the teachings of the gospel. Chris, was baptized a member of The Church of Jesus Christ of Latter-day saints on Aug 25,1940 in Moab, Utah.

While living in Provo, Utah, as a young girl, she witnessed the power of a priesthood blessing given to her mother who was distraught and suffering from a back injury that left her bed ridden, and too weak to attend her son’s funeral. Chris sought out the Bishop, who immediately came to the house to pronounce a healing blessing on her mother. This event, and others, had a major impact in her life. Not only did she see her mother rise from her bed and attend the funeral, but also, it prompted an “intense dedication” by her formerly less active parents as they became very in the church until their death.

Chris followed her parents’ example, instilling and living the principles of the gospel in her life to her last breath. She would always take the time to teach her children and grandchildren when opportunities arose, the teachings of the Savior. She had a child-like faith, that never wavered, throughout her life. Whenever there was a question of what should be said, or an action to take, her advice was always, What would the Savior do?

At the young age of 19, Chris developed a tumor in the roof of her mouth which, required the removal of her teeth. As a testament to her strength and grit, on the day of the surgery, she walked to and from the dentist’s office to get this done.

She met Robert Vance Larsen while working as a car-hop at a local restaurant in Springville, Utah. They dated, while Robert was on leave from the Navy in April, and agreed to continue seeing each other when he returned home, August. Their courtship continued in August, and while she refused his marriage proposals three times, she finally said “yes” as long as he could secure her father’s Permission. Her father gave his permission for the marriage on one condition: that he would one day take her through the LDS Temple. Bob agreed and they were married three months later on November 8, 1948 in Provo, Utah.

Chris was a mother and homemaker. She taught, as well as lived, the gospel by example. She served as a Ward  Primary President, Stake Primary President and Relief Society president. She worked for Marriott Residence Inn for about nine years as the Head of Housecleaning, and was awarded the Employee of the year several times. Chris and Bob, also had the experience of serving a mission as Name Extraction missionaries from their home in Eagle Mountain Ward. She served many years in various other callings, but her most enjoyable and rewarding calling was every Sunday was to serve as a Nursery Teacher, she would teach the nursery for 15 years in her beloved Eagle Mountain Ward every Sunday.

She was loved dearly by her husband Bob as well as her entire family and many friends. She will be missed greatly for all who knew her and loved her.

“Even heaven is better off with mom there. It’s been a long wait but her joy now is indescribable.” - Bishop John M. Stohlton, Eagle Mountain, UT

To order memorial trees or send flowers to the family in memory of Ruth C Larsen, please visit our flower store.
Send a Sympathy Card