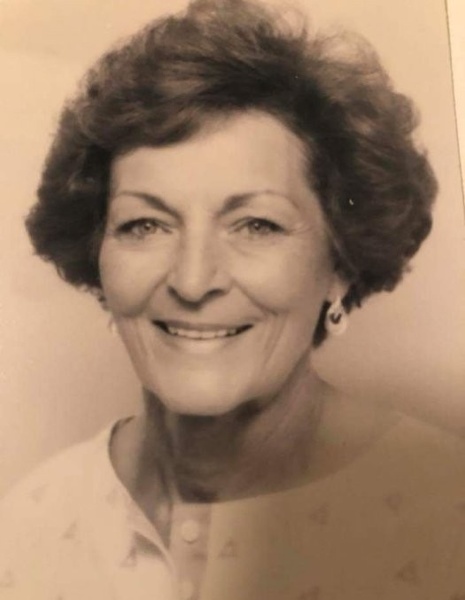 On August 8, 2018 our beloved “Momma” Sharron Joan Lee McKone passed away to join those she dearly loved and missed. Born on August 16, 1936 in Salt Lake City, Utah. Joan was raised by goodly parents Ralph Mason Lee and Josephine Dalton Lee. Joan grew up in the Poplar Grove Area of Salt Lake and was proud to attend West High School.

She married Martin Patrick McKone on February 27, 1954 in Salt Lake City, Utah. They were later divorced. After completing training, Joan made a lifelong career working in the medical field as an X-Ray Technician. She was a great resource of knowledge and was sought out by her peers for her expertise and advice. Later Joan worked in radiation therapy, finishing her career in mammography. She was employed at the Kennecott Concentrator Medical Facility, The Old St. Marks Hospital, The Salt Lake Clinic, Holy Cross & the IHC Clinic.

Joan was the proud mother of three children who were the light of her life. As a single mother, she taught them how to work hard, be clean and respect others. The responsibility of raising three children alone wasn’t an easy circumstance for Joan and it weighed heavy on her shoulders, but with the devoted help and love of grandparents Ralph & Josephine Lee and Jim & Janet McClelland, it made the road less rocky. She was a remarkable mother and left a legacy that was much like herself, one of a kind.

Joan resided for several years at Legacy Village where she made wonderful friends. A special thanks to Rita and Penny whose love and compassion for Mom was paramount. She loved you both and looked forward to your daily visits, playing games and cards, coffee gatherings and most of all, your friendship.

Never wanting to be a burden to anyone, Mom had dignity until the very end and was able to pass away at home in her own way and on her own terms. She was surrounded by her son Robert, daughter Penny, sister Colleen and adopted son Jed. Preceded in death by her parents, brother Larry Lee and niece Melissa Lee. A special thanks to the staff at Rocky Mountain Hospice for their love and concern for Mom.

Graveside Services will be held August 15, 2018 at 11:00 AM at Memorial Lake Hills Cemetery, 10055 S State Street, Sandy, Utah with interment to follow. Friends and family are welcome to come and show their love and respect for our “Joanie”.

To order memorial trees or send flowers to the family in memory of Sharron Joan McKone, please visit our flower store.
Send a Sympathy Card