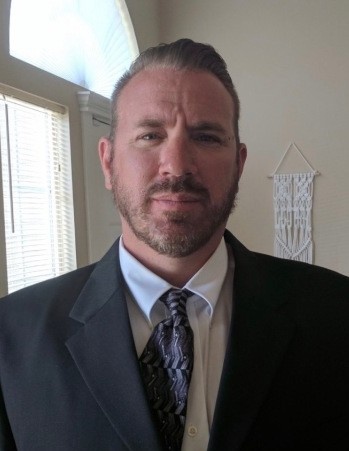 On July 6th of 2018, Shawn Roy Fowler was tragically taken from us way before his time.

Shawn was born on April 22nd in 1974 and lived the majority of his life in West Valley City, Utah. On May 8th of 1993, he married his soulmate and best friend of 25 years, Denean Jan Harding.

For 14 years, Shawn had a respected career at the Union Pacific Railroad as an engineer, like his grandfather before him.  There, he made many lifelong friends.

Shawn had many interests, including 8 years of professional bull riding in the P.R.C.A. He was an avid body builder and enjoyed spending time at the gym with his son. He was a rocker, a hippie cowboy, and a motorcycle enthusiast. He loved the freedom of the open road. Of all these things, Shawn’s favorite thing in life was spending time with his family. You could often find him playing his guitar, serenading his wife, daughters, and granddaughters. Shawn was a proud and loving husband, father, and grandfather.

Shawn’s family would like to thank everyone for their outpouring of kindness and support during this difficult time.

Private services have been conducted.

To order memorial trees or send flowers to the family in memory of Shawn Roy Fowler, please visit our flower store.