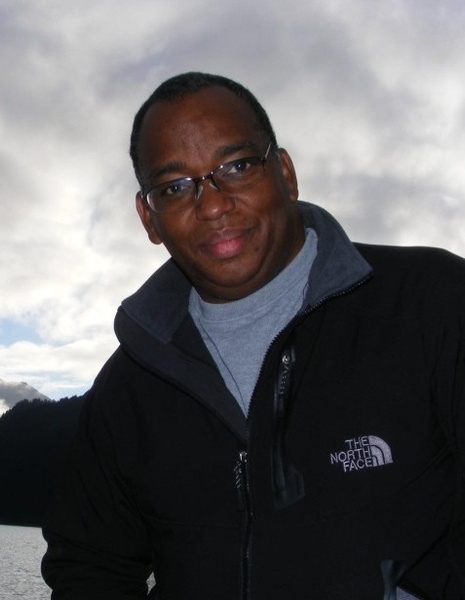 Sheldon James Green passed away at home on February 18th at 60 years of age in South Jordan UT. He was born in Bitburg Germany, his family was stationed there with the Air Force. With his Father in the military, he lived in places like Germany, Florida  England South Dakota then finally moving to Nebraska.

While a Junior In High School he met his bride to be Myrna Mosley. After some persuasion, they started dating, and when they graduated they got married. Both coming from strong military backgrounds Sheldon decided to Join the Air Force. They were stationed in Florida Alaska and Montana. After  serving in the military for 11 years Sheldon became a draftsman/architect interior designer.  He designed homes and beautiful commercial buildings including the Anchorage Alaska Temple, Ted Stevens International Airport remodel, and the Nesbett Courthouse to name a few.

Sheldon served as a Bishop for the Church of Jesus Christ of Latter-Day Saints. He was the first black Bishop called in the State of Alaska. He loved serving God and teaching the gospel of Jesus Christ. He has touched many lives.

Sheldon is remembered as a wonderful Husband, Father, and Grandfather to his family that patiently waits to be reunited with him.

We are blessed to be an eternal family. This is not the end, it’s I’ll see you later.

Funeral services for Sheldon were held at 11:00 AM on Wednesday, February 24, 2021 at the Church of Jesus Christ of Latter Day Saints building at 2550 West 9800 South, South Jordan, Utah. A time for visiting was held from 9:30 until 10:45. Interment followed in the Utah Veterans Memorial Park Cemetery. Because of Covid restrictions, the funeral service were live streamed via Zoom and recorded.  You can view the recording by clicking on the "Click here to access video" button below.

To order memorial trees or send flowers to the family in memory of Sheldon James Green, please visit our flower store.
Send a Sympathy Card