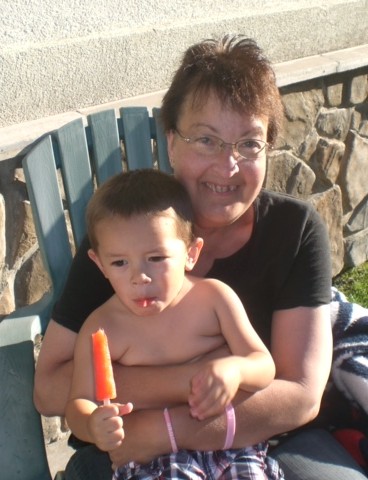 Stacee Dalebout Nolton passed away peacefully on Wednesday, June 22, 2016. Stacee was born on March 26, 1961 in Provo, Utah to Paul and Diana Dalebout (deceased) and was also raised by her step mother, Donna Dalebout.

Stacee attended Timpview High School and was a valiant survivor of both brain and breast cancer. She was the passionate owner of a nail salon for many years and took pride in her work. She was an avid fan of the Utah Jazz as well as the BYU Cougars and followed their games regularly.

Stacee was the proud mother of Dana Nolton (28), her daughter. And, most importantly, she had a wonderful love for her grandson, Lucas (8). He was her everything.

She is survived by her father, Paul, and his wife Donna Dalebout, along with her sister Carie Dalebout, her daughter Dana Nolton and her grandson Lucas Barrera.

Her family would like to thank Copper Ridge Health Care and Tender Care Hospice for their loving service on behalf of Stacee.

To order memorial trees or send flowers to the family in memory of Stacee Nolton, please visit our flower store.