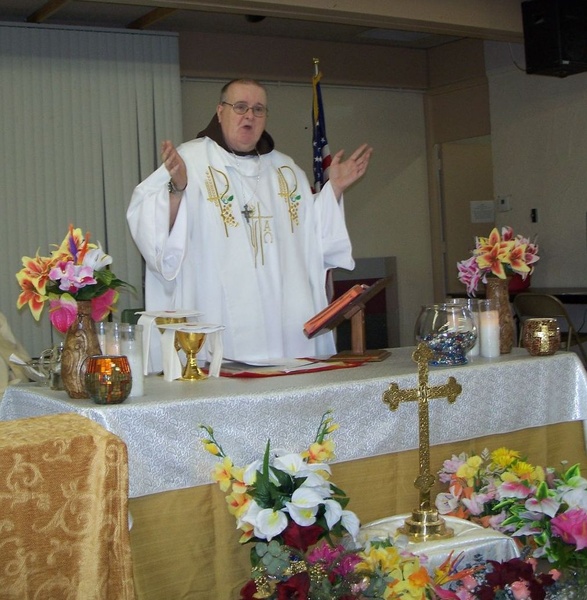 Stephen was born in Somerville MA not the most eventful childhood. He died from complications of diabetes

Somewhat not in the best health as a child, It is only as an adult that things begin to happen. He went Matignon High School in Cambridge and graduated. He then went to St Francis de Sales college in Milwaukee and entered the Roman catholic church in training to be a priest. Became a Brother with the Sacred Hearts Later transferred to Hawaii in a monastery. Leaving the monastery he worked at Pizza Hut as a manager, in Honolulu for ten years.

Then moving to San Francisco then Huston TX and Seattle. It is the latter that he joined the Seattle mens chorus. Moving back to NE to help his parents James M. O'Meara Sr. and Claire Anne (Donnelly) O'Meara who were both sick. While working in Hawaii as manager he also joined HPAC the Hawaiian Performing Arts Company. He has acted and sang pretty much across country. That was his strength singing. Back in Mass he joined the Bradford college players and performed the Mikado as the Lord High Everything Else. Many other small reviews, too many to count. Then it was off to the Amesbury MA dinner theatre where he did various shows. We met January 10, 1989. I was very fortunate to see a lot of Stephens performances. He was very good. Having lived in Haverhill MA we ended up homeless for about 5 months. We then moved to Portland ME for about a year then moved to South Florida for about 7 years moving to AZ for now 7 years Stephen continued his singing performing a difficult part in Pacobels Canon in Mesa. We both have joined the Catholic Apostolic Church of Antioch as a Msgr. and a Priest. Before that we had services every week for 5 years.

Stephen was pretty sick over the past two years had a heart attack in March and has been in the hospital this whole time. Just starting to speak and come back when he had a rough day breathing and passed within 24 hours. Stephens wish was to be cremated and that flowers be sent to American Diabetes in his name. He is survived by his brother Michael T. O'Meara, Charlene R. (Tessier) O'Meara, four nieces and nephews, James M. O'Meara III, Elizabeth C. O'Meara, Sean P. O'Meara, Claire Terese (O'Meara) Greene. He survived 3 other brothers James M. O'Meara Jr. Kevin O'Meara Thomas O'Meara. He was the son of the late James M. O'Meara Sr. and Claire Anne (Donnelly) O'Meara. With the permission of the family I will be mentioned as Stephens life-partner of 24 and a half years. Having also been his caregiver for most of that time.

To order memorial trees or send flowers to the family in memory of Stephen O'Meara, please visit our flower store.