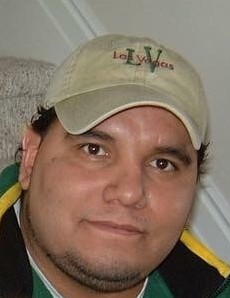 The Episcopal Church of the Resurrection

Steve was a highly successful Purchasing/Logistics Manager at Utah Scientific. He earned the respect and gained many vendor relationships/friendships over the years. He loved all sports, especially football and was a huge Pittsburgh Steelers fan. He loved  to play golf and thrived on being in the outdoors. He was happiest in the middle of the Moab desert camping, or at the beach in Mexico with the people he loved.

Steve adored both his sons, Matthew (15) and Jaxon (4). He was so proud of them both and they brought great joy to his life. His boys "as he called them" will miss him dearly.

Steve participated in all of his son Matthew's scouting events. He looked forward each year to their week long scout camp so he could assist the boys in earning their merit badges. Steve was an Eagle Scout at age 14 and a United States Army Veteran.

To order memorial trees or send flowers to the family in memory of Steven Thorn Bird, please visit our flower store.
Send a Sympathy Card

The Episcopal Church of the Resurrection